Following six nominations, MPC and MPC Creative achieve an unprecedented level of success in Cannes with a grand total of five Lions being awarded across Animation, VFX and Viral Film from the most prestigious award event of the year. Here’s a round up of the Festival wins:

One of the most applauded films of last year, ‘We’re the Superhumans’, directed by Blink’s Dougal Wilson for Channel 4, wins the ultimate Cannes Lions accolade - the Grand Prix in Film. Arguably one of recent years’ most culturally significant films, this is a project we are hugely proud to have worked on and we are delighted to have joined the team on stage during the final glittering award ceremony of the festival.

Next in the winning line up, the stunning Samsung ‘Ostrich’ film - directed by MJZ’s Matthijs Van Heijningen for Leo Burnett Chicago was honoured with two Gold Lions in VFX and Animation by Cannes’ prestigious judging panel. MPC took to the stage at the hotly anticipated ceremony to collect the wins. It was a pleasure to work with our friends at Leo Burnett, and Matthijs, on bringing the film to life – huge congratulations to the talented artists in London, LA and Bangalore. One of the Festival's biggest winners, 'Ostrich' also collected a Gold Lion in Direction and two Silver Lions in Licensed / Adapted Music and Durable Consumer Goods.

MPC was awarded two Silver Lions for John Lewis 'Buster the Boxer’ in both Animation and VFX.  Directed by Blink's Dougal Wilson for adam&eveDDB, the film is the most shared John Lewis ad ever – and the fifth most shared Christmas ad of all time. Hugely deserved wins for the teams of artists here at MPC. A huge winner at this year’s awards, ‘Buster the Boxer’ was also awarded a Silver Lion in Retail and e-Commerce, and two Bronze Lions for both Soundtrack and Direction.

Content production studio MPC Creative was awarded a Bronze Lion in Viral Film for the brilliant Palace Skateboards ‘Jonah Hill’  in collaboration with Reebok Classics. Directed by Stu Tanju, this viral piece of content starring comedy actor Jonah Hill received 406K video views, 340K likes and shares across social - and was named by GQ as ‘the funniest fashion ad of the year’. Huge congratulations to the talented team involved.

To round off an incredible Cannes, Berocca ‘Be More Berocca’ written by JWT and Directed by Diarmid Harrison-Murray through MPC Creative with VFX by MPC was also shortlisted in Animation – testament to Roccy the chameleon’s body-popping moves.

Congratulations once again to all the Cannes 2017 winners – what an incredible year. 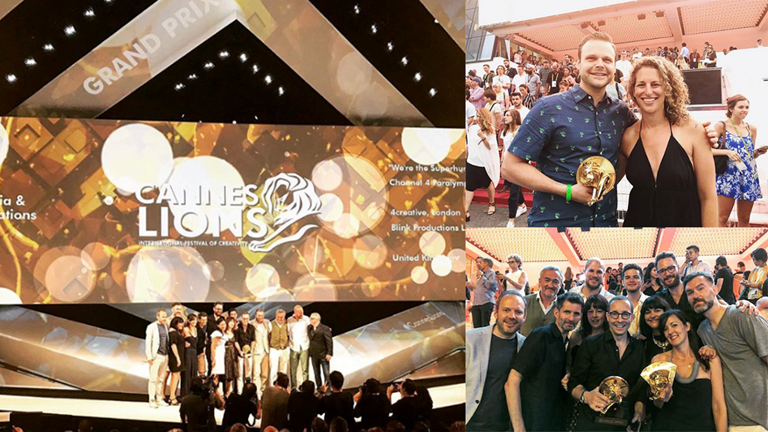