Jean-Clément Soret, our Global Creative Director of Colour Grading, has received numerous outstanding industry accolades. He is a six-time winner of Best Colourist at the British Arrow Craft Awards and was voted Best UK Colourist four years in a row, as well as Best UK VFX artist by Televisual Magazine. He also received a Fellowship award at the British Arrow Craft Awards in November 2013.

He recently graded Trainspotting 2' directed by Danny Boyle and 'You Were Never Really Here' directed by Lynne Ramsay. In April 2018 he was awarded a BAFTA craft for Best VFX for his work on Black Mirror 'Metal Head', directed by David Slade. 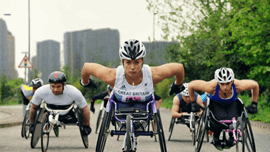