We deliver 125 shots for this fifth instalment in the X-Men movie franchise.

Directed by Matthew Vaughn X-Men: First Class is the fifth installment of the X-Men movie franchise.

Before Charles Xavier and Erik Lensherr took the names Professor X and Magneto, they were two young men discovering their powers for the first time. Before they were archenemies, they were closest of friends, working together, with other Mutants (some familiar, some new), to stop the greatest threat the world has ever known. In the process, a rift between them opened, which began the eternal war between Magneto's Brotherhood and Professor X's X-MEN

To create the Beast transformation, MPC’s animation team visited Pinewood Studios to work on the previs with John Dykstra. Once the previs was completed it became clear that the team would need to replace Nicholas Hoult’s feet with full CG feet and due to the proximity and movement of the camera, the foot transformation was going to have to be highly detailed. The modeling team were tasked with creating 3 different variations of the foot, the human foot, a simian foot and finally the Beast’s foot. Time was taken gathering reference photography to ensure the most accurate details were included from hairs and wrinkles to the veins and tendons. The first two shots of the transformation involved comping a CG foot to a live action plate however the final two, which included the character’s leg and both arms and hands as well as CG cloth, were full CG shots.

MPC’s proprietary hair grooming simulation software Furtility was used to control the growth of the blue fur which sprouts through the Beast’s trousers and a particle system was used to create the changing skin and vein colour.

MPC’s team also worked on a full CG ship destruction scene, where Magneto uses his powers to send an Anchor ripping through a Yacht. In order to make the destruction 100% realistic the team had to recreate an identical CG version of the Yacht. MPC’s VFX photographer went on location and shot hundred of photos of the vessel, inside and out and a Lidar scan was taken. The modeling team then began work, meticulously reconstructing it right down to the door hinges and window frames. Once built, the animation team animated the anchor slicing through the boat and the FX team using MPC’s proprietary destruction tool kit, KALI, destroyed it! The modeling team also adjusted the hull of the boat to fit the submarine and designed, modeled and animated a complete release system.

The next challenge was to construct Riptide’s tornados. The FX team built a system in Maya Fluids to create the tornados, which were then lit and rendered and passed to compositing where the final look was established. Kali was used again for the Cerebro tornado destruction scene with additional particle systems created for fine dust and grass. Cerebro itself was modeled from the inside out, using a blueprint created by the X-Men production team. 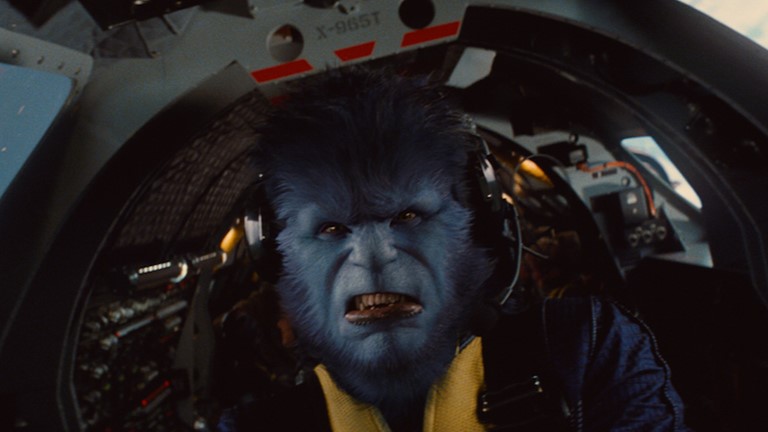 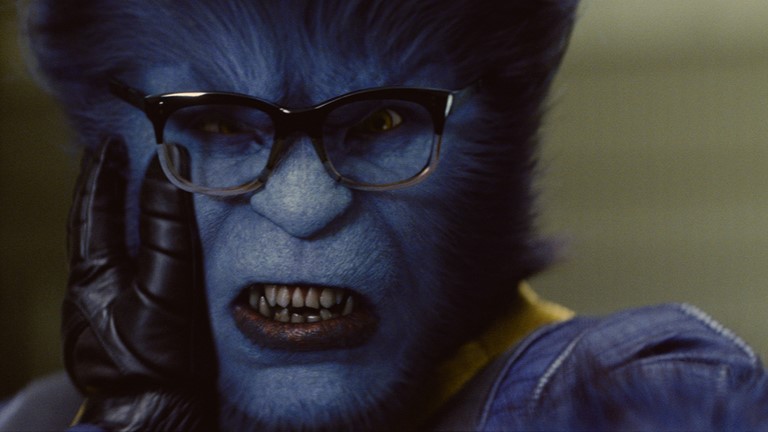 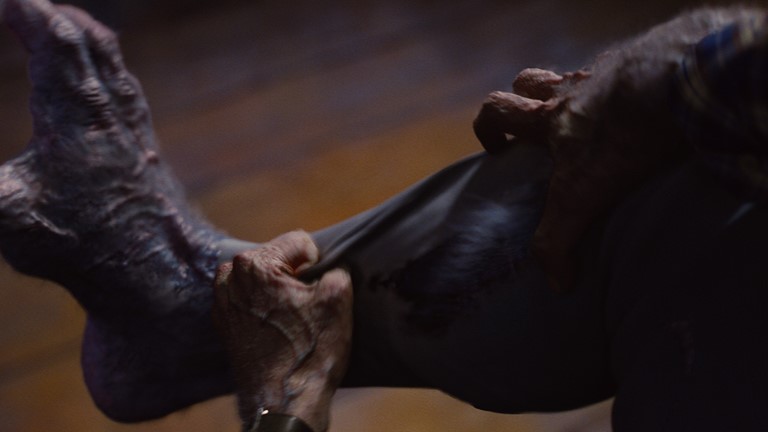 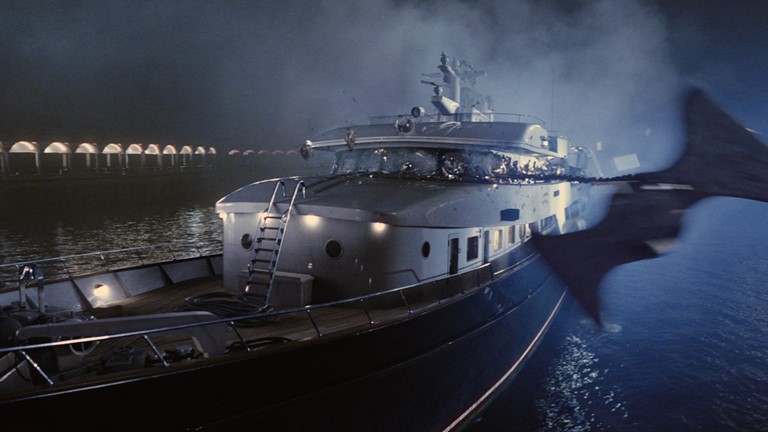