Wallace and Gromit: The Curse of the Ware-rabbit

"MPC produced cracking visual effects for 'the Curse of the Were-rabbit,' we were extremely impressed with the quality of the work, the creative flair of their staff and the seamless delivery of the final shots. Their computer generated bunnies are indistinguishable from their real 'hutch-mates' and the attention to detail that went in to creating their texture was awe-inspiring.'
Nick Park, Director.

MPC (The Moving Picture Company) has completed more than 750 visual effects shots for Nick Park and Steve Box’s collaboration, ‘Wallace and Gromit: The Curse of the Were-Rabbit.’ Stop motion animation for this first feature-length outing was created by production company Aardman Features with distribution through DreamWorks. The picture was colour graded by Max Horton in the MPC DI lab.

It's 'vege-mania' in Wallace and Gromit's neighbourhood, and our two enterprising chums are cashing in with their humane pest-control outfit, "Anti-Pesto." With only days to go before the annual Giant Vegetable Competition, business is booming, but Wallace & Gromit are finding out that running a "humane" pest control outfit has its drawbacks as their West Wallaby Street home fills to the brim with captive rabbits. Suddenly, a huge, mysterious, veg-ravaging "beast" begins attacking the town's sacred vegetable plots at night, and the competition hostess, Lady Tottington, commissions Anti-Pesto to catch it and save the day.

With the fate of the competition in the balance, Lady Tottington is eventually forced to allow Victor to hunt down the vegetable chomping marauder. Little does she know that Victor's real intent could have dire consequences for her ...and our two heroes.

MPC’s main areas of focus were computer generated bunnies and the Heath Robinson style ‘Bun-Vac’ which we see sucking the bunnies away. The team also had to coat the Were-rabbit in realistic fur. Fog and particles were also composited into shots to add to the eerie atmosphere.

Naturally, texture was an obvious challenge with MPC staff spending three months at Aardman’s Bristol studio researching how to emulate the properties of clay in computer. From this research, bespoke software was written which allowed the final CG bunnies to show minor imperfections such as finger prints, matching their stop frame counterparts. From drawings supplied by production, MPC also built the Bun-Vac in 3D tool Maya, which was then composited into shots as a separate element. To manufacture the Were-rabbit’s hair MPC’s R and D team wrote a proprietary fur shader.

The overall look and feel of the feature was set in MPC’s Digital Intermediate suites, overseen by two Directors of Photography – Tristan Olliver and Dave Alex Riddett. MPC Colourist, Max Horton enhanced the rushes creating the atmosphere and tempo of the film which is upbeat and larger than life. 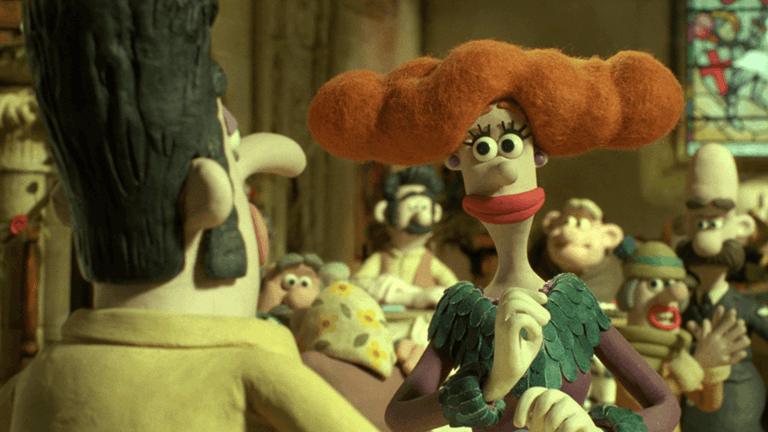