"Being able to blur the line between reality and VFX that convincingly – that's how good MPC's work is. Bravo!"
Wolfgang Petersen, Director.

"Thank you to the whole creative team at MPC, from the creation of state of the art complex software to drive and control hundreds of thousands of troops, to the seamless integration of huge battle scenes with live action plates, also the magnificent creation of Troy itself, an entirely 3D environment which we then burnt to the ground. – The design and execution of all of your work was flawless. Congratulations and many thanks."
Nick Davis, Visual Effects Supervisor.

Attending shoots in Malta and Los Cabos, Mexico along with Davis were Warner Brothers Visual Effects Producers Nikki Penny and Alex Bicknell. They were accompanied by MPC Visual Effects Supervisor Chas Jarrett, 2D Supervisor Rudi Holzapfel and Visual Effects Producer Martin Hobbs. ‘Troy' takes place in ancient Greece, where the passion of history's most legendary lovers, Paris, Prince of Troy and Helen, Queen of Sparta, ignites a war of nations that will devastate a civilization.

The first challenge for artists at MPC was the photo-real re-creation of the ancient city of Troy. Profiles of Trojan city skylines were supplied by Production Designer Nigel Phelps and were brought by to life by 10 artists over the course of 12 months.

A full-scale set of one street in the ancient city was constructed in Malta, which MPC used as a starting point to carry out exhaustive set extensions to reproduce Troy on a grand scale. To facilitate this, MPC developed a proprietary Maya plug-in ‘City Builder' which was used to lay-out the elements of the city. A pantry of CG buildings and props was also created – this included everyday objects such as canopies, baskets, pots, plants and Trojan bric-a-brac which gave atmosphere to the surroundings. Texture references and mood material was sourced in Malta by MPC CG Supervisor Gary Brozenich.

The centre-piece of the Trojan legend is a series of battles enacted on the land and dunes around the city of Troy. Plate elements were filmed on location in Mexico with 200-1000 fully costumed extras and stunt performers. Up to 150,000 digital soldiers were added to shots using ‘ALICE', MPC's proprietary crowd simulation software. To produce realistic soldier animation MPC conducted Europe's largest ever motion-capture session at Artem Digital and developed EMILY to manage and edit the large volumes of data. Multiple passes were then rendered in Renderman using MPC's ‘GIGGLE' scripting language, before being composited in Shake. 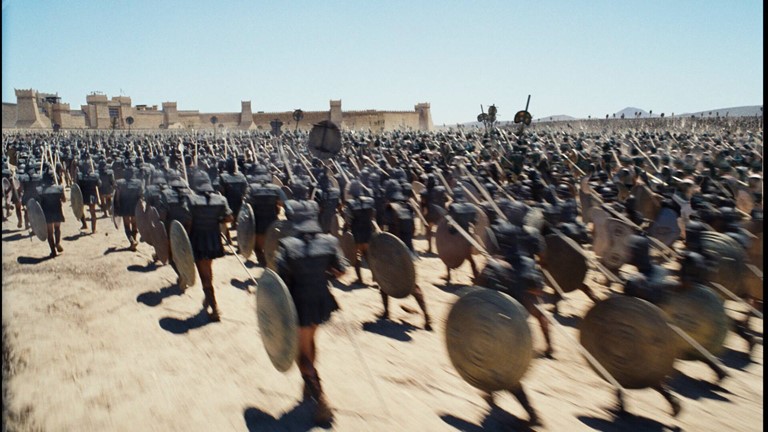 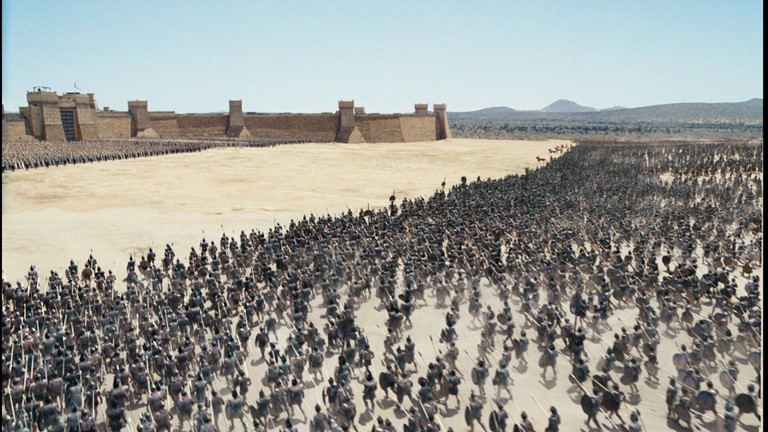 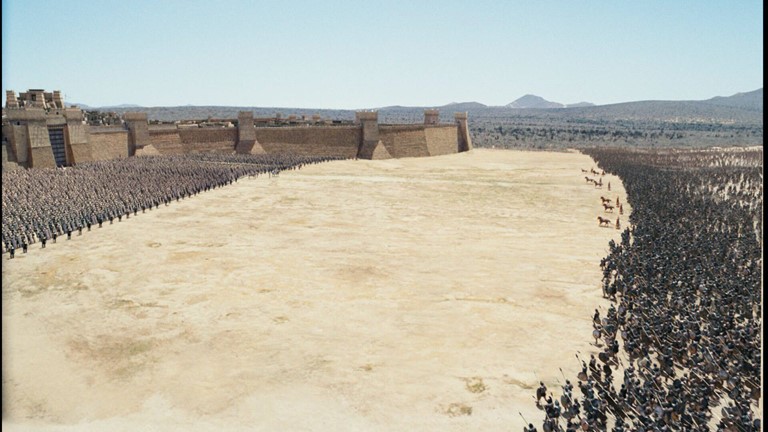 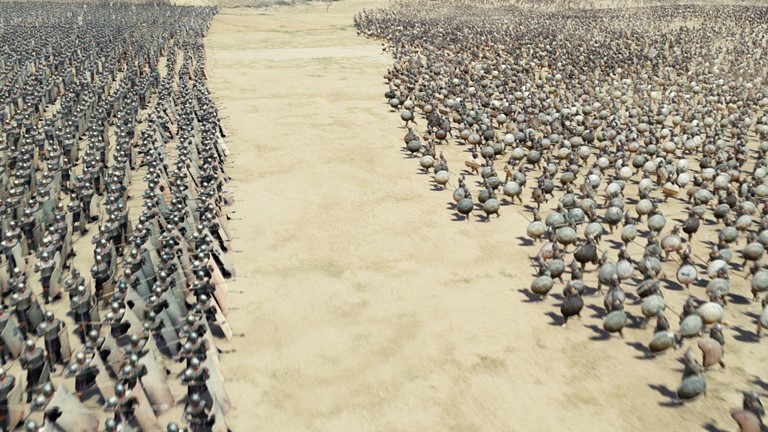 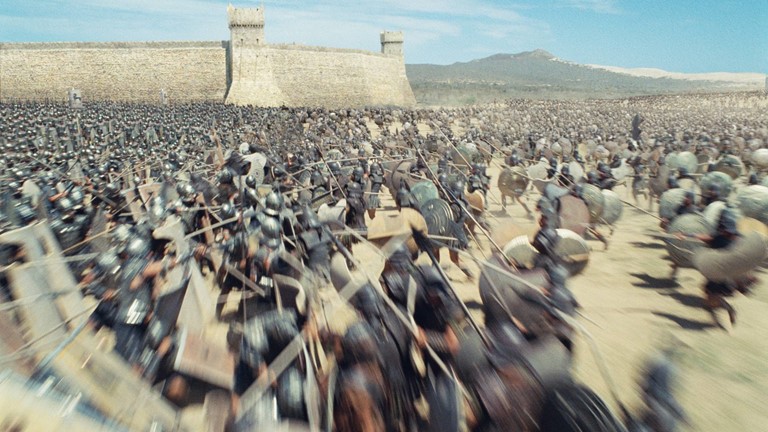