Tomb Raider: The Cradle of Life

Lara Croft was born into wealth and groomed at the most elite schools. She travels to dangerous and mysterious locales around the globe in search of rare, lost crypts and long-forgotten empires. But now she must face her greatest challenge yet: to find two halves of an ancient artifact buried in space and time. To possess it means ultimate power for its possessor. But to get there, she must first take on a powerful and dangerous secret society. The fate of mankind rests in the hands of one Lara Croft, a twenty-first century heroine inspired by the most popular interactive video character in history.

A number of post facilities were required to work on the digital effect shots in the film. MPC's film division posted 136 digital effects shots within an 8-week period – more shots than any other facility. These shots comprised CGI animation, matte painting composites, green screen composites and wire / rig removals.

Visual Effects Supervisor for "Lara Croft: Tomb Raider," Steve Begg, commented, "this was the first time I had worked with MPC and I would definitely consider working with them again in the future. Other companies might have been overwhelmed by the bulk of work and the hasty turn around required but MPC worked extremely efficiently and produced work of a very high standard."

One of the series of shots combining matte painting with live action is for a key sequence where Lara is approaching the Siberian tomb, (shot in Iceland).

The sequence begins with a view of a huge crater from a helicopter and continues as they get closer to the crater, land and then make their way to the tomb entrance on sledges. A matte painting composite was developed by MPC to establish this large crater on a live action plate, with different views of the crater as Lara approaches. The image below shows one view of this crater. These shots were created using Cineon and Photoshop.

To enhance the on-screen impact of various shots, 3D Animation was implemented. Knives, (thrown by Lara and arch villain Powell), travelling at speed through the air into the "All-seeing eye", were created in 3D to achieve the desired effect. 3D was also used to create other props in the film, such as screwdrivers, vapour and an eclipse. All of these 3D shots were created in Maya.

MPC also treated many shots used in the "house attack" sequence, when Lara is attacked in her manor house. Her attackers are using night vision goggles – so these shots had to be recreated from the attackers' point of view, looking through their night vision equipment. In addition, laser dots and laser beams were composited into this scene.

Several shots required the removal of wires and rigs used for the stunts in the film. These included a rig on the bottom of a motorbike Lara is riding and a rig underneath her as she is "skiing" using only her shoes as skis, being drawn through the snow by husky dogs towards the Siberian tomb. Shake and Cineon were used to achieve these effects. 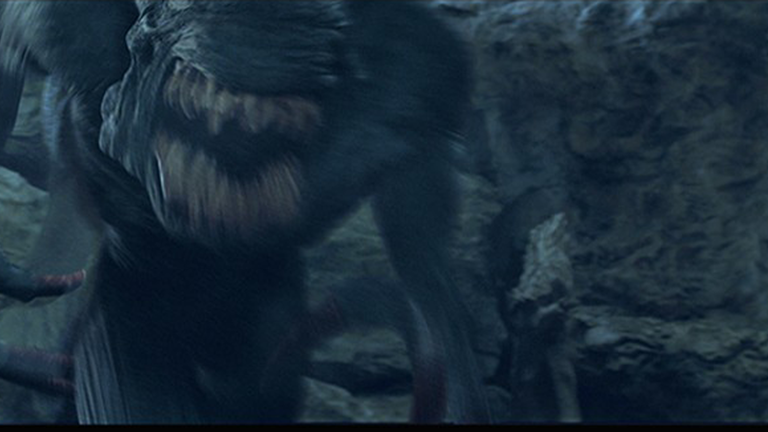 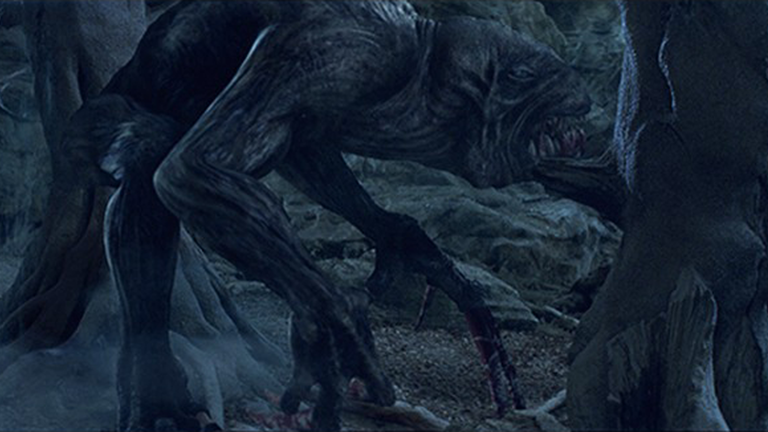 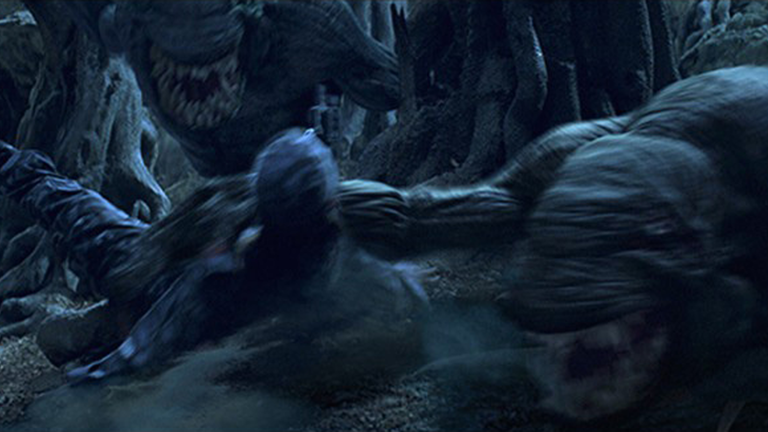 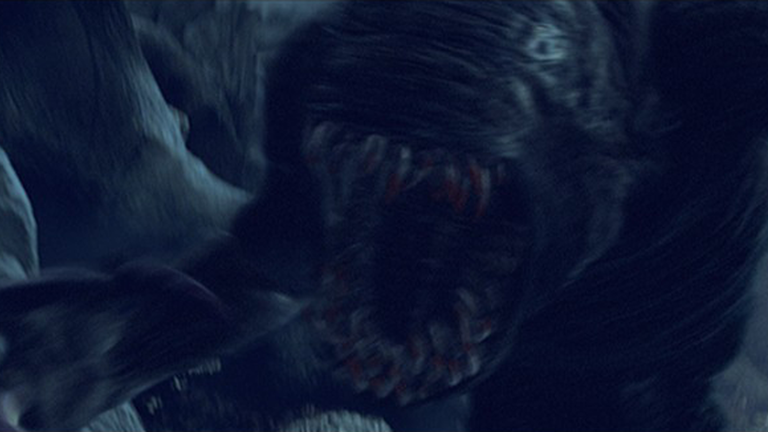 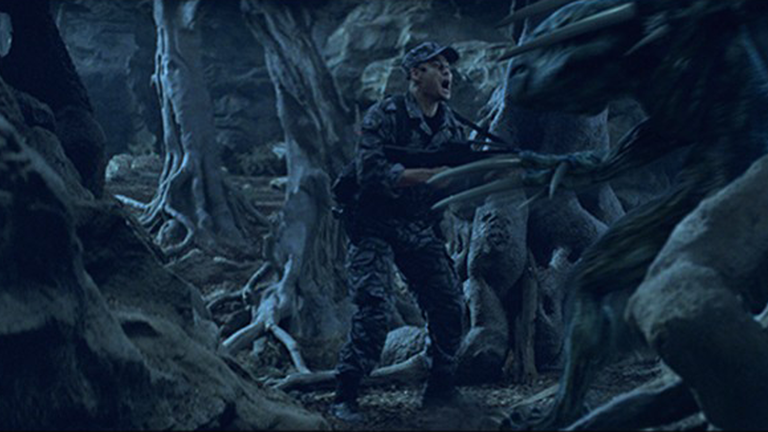