MPC created the majority of VFX (650 shots) for the forthcoming Hong Kong action movie, The Medallion, starring the indomitable Jackie Chan. Combining the martial arts prowess of international action superstar Jackie Chan with state-of-the-art special effects, The Medallion is an action comedy co-starring Lee Evans, Claire Forlani and Julian Sands. Chan stars as Eddie Yang, a resolute Hong Kong cop who suffers a near fatal accident while investigating a case involving a mysterious medallion. Eddie soon discovers that with the powerful medallion in his possession, he gains incredible speed, strength and skills – taking his martial arts abilities to a whole new level. Enlisting the help of British Interpol agent Nicole James (Claire Forlani), Eddie is determined to learn the secret of the medallion and face down the evil Snakehead (Julian Sands) who wants to use its awesome powers for his own nefarious plans.

MPC played a major role in the feature over a period of 2 years, with MPC's Paddy Eason acting as overall VFX Supervisor on the film. Paddy, along with Producer Merrin Jensen and CG Supervisor Lars Johansson, all attended the two-phase shoot, which took place in several locations, including Dublin, the coast of Northern Ireland, Bangkok, and of course, Hong Kong. The shoot threw up some interesting challenges including extreme heat, unusual locations and superstition. During the Thai phase of the shoot, the crew had to avoid shooting on location in the woods at night, as the locals were convinced they were haunted!

MPC created key VFX sequences throughout the feature. When Jackie Chan's character, (Eddie), dies, he is brought back to life with supernatural powers as a Highbinder, thanks to the power of the medallion. For this sequence MPC created a CG medallion complete with writhing golden serpent and fish. To create the effect of Eddie's body evaporating, Jackie Chan's head was cyberscanned and a photoreal version modelled in 3D. CG particles were then added to augment the effect.

To test his supernatural powers, Eddie takes flying leaps around a hospital ward and then persuades his friend Arthur Watson, (played by Lee Evans), to stab him several times. For this sequence, MPC created supernatural CG light effects, which emanate from the stab wounds. In addition to supernatural lighting effects used throughout the feature, MPC created CG creature animation. During the climax of the film, Eddie fights with the arch villain, Snakehead, (Julian Sands). For this sequence, CG chains, lighting effects, enhanced action (speed changes) and CG creatures were created and seamlessly composited together by MPC. At the end of the fight, an oriental serpentine dragon and exotic fish come to life from within the medallion. MPC was provided with a verbal description for these CG creatures, which were then designed entirely in-house, based on concept illustrations modelled in Maya by Rachael Haupt and animated by Lars Johansson.

In another sequence, a CG helicopter flies into Snakehead's cave. A fully CG environment extension was created by MPC around the cave set, which was shot in one of the Thai sound stages. This digital environment consisted of a matte painting extension of the cave and digital water. As the CG helicopter enters the cave, CG water and CG spray elements were added to complete the illusion of the helicopter hovering above the water. 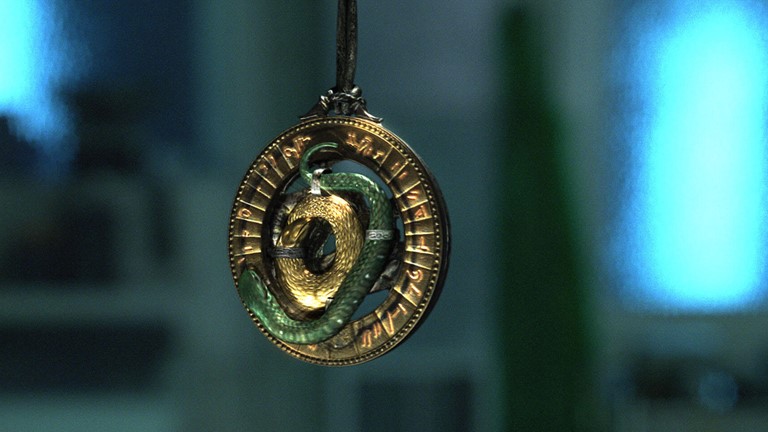 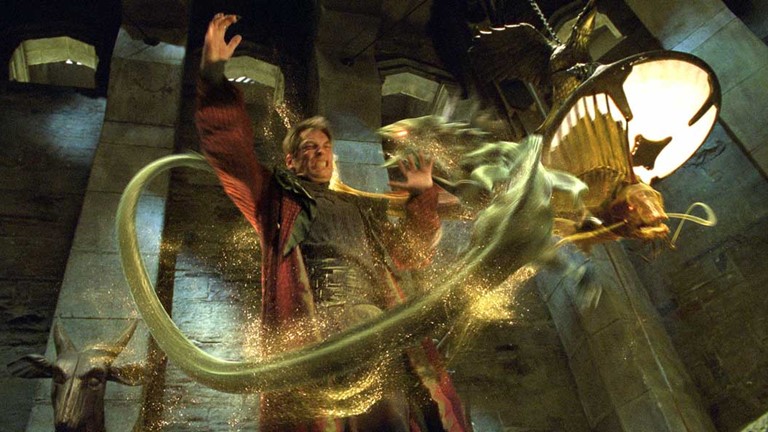