Burton’s vision for the project was to re-create the Dickensian feel and atmosphere of the grimy London of the Victorian era, which Production Designer, Dante Ferretti complemented by sourcing much reference of relevant architecture and buildings of the era. Taking Dante’s example photo reference and supplementing this with specific texture and close up detail shots collated by MPC, the 2D team composited over 350 shots of varied complexity from simple location top up and de-rig to entirely full screen photo-real CG environments.

Perfectly located to re-create Victorian London, the MPC asset department developed a library of buildings and props that could realistically have existed in the city at that time. These were then used with a bespoke lighting tool ‘Isis photo projection’ written by the MPC R&D team. The tool allows for the projection of photographs onto simple CG models keeping the ability to light the object and move the CG camera without loss of quality and removing the need for a full CG build and texture. It also allowed the production designer an unprecedented level of continuity between the on set production design and visual effects.

Dante’s location people searched London and selected all the actual buildings he wanted to see in the streets to be extended by visual effects. The addresses of these buildings along with technical drawings of the planned new street layouts were passed to MPC. MPC then despatched a VFX photographer to texture map these buildings in a hi resolution, hi bit depth format compatible with ISIS – This allowed Dante’s vision for the set design to be realised on a grand scale, removing the limitations usually created by the physical size of the studios.

Once this catalogue of buildings were processed into the CG ISIS, they could then be positioned and relighted to taste, resulting in photo real street environments that matched the live action sets perfectly and also allowed for camera moves of any complexity.

With 2D busy redesigning the UK capital, the CG team were building full CG environments. A total of 7 were created with the most technically challenging being the London Assault and the Old Bailey sequences.

The most challenging work involved building CG environments including the River Thames, the docks, the old Bailey and various London streets and locations plus stylized displays of Hampstead Heath and a Pier by the sea. To achieve the final shots, the team integrated extensive green screen and motion control shot photography with CG backgrounds and creatures.

The most complicated shot - 'London Assault' takes the audience on a 30 second long ride, involving a digital camera take over from a live action shot of Johnny Depp on green screen stage at the London docks, into a full CG environment of London streets, filled with more than 24 motion control shot elements of people to end up back on the stage at 'Mrs. Lovett’s Pie Shop’.

Also a lot of compositing time was spent on the final sequence showing Mrs. Lovett being thrown into an oven and burning up. Live action fire elements were added to Helena Bonham Carter creating the illusion of her on fire and digital make up effects were created to show her skin turning into ash.

A large number of shots utilized MPC's own compositing projection system that allowed a simplified 2 1/2 D approach to set extensions, cutting down the required time of shot completion.

Other Compositing work involved enhancement and addition of blood elements and the addition of smoke elements to the miniature roof tops visible through Todd's Barber shop window. 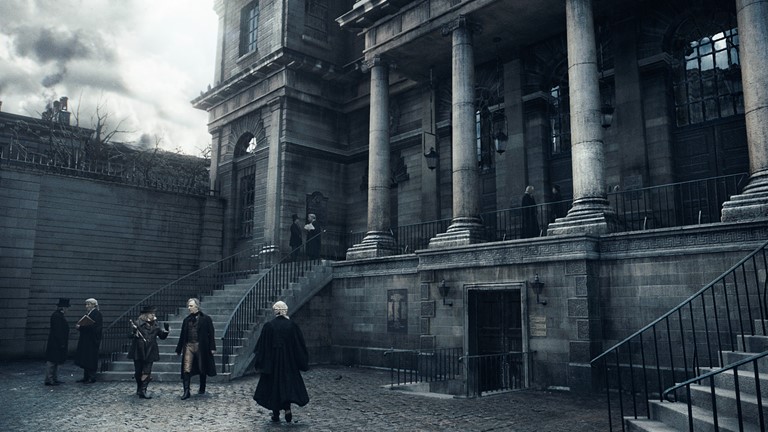 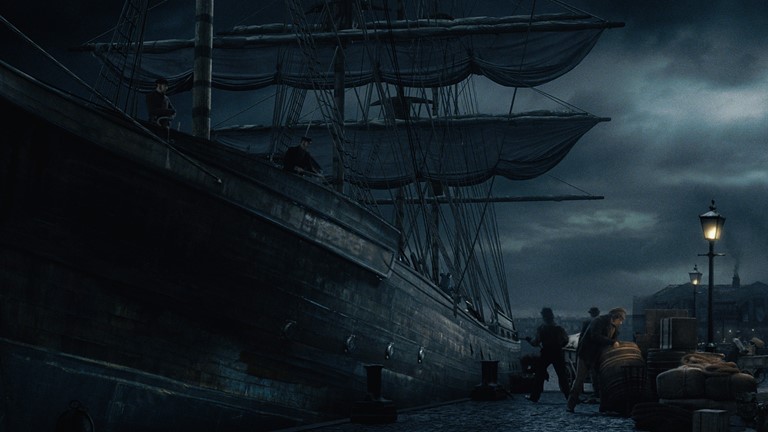 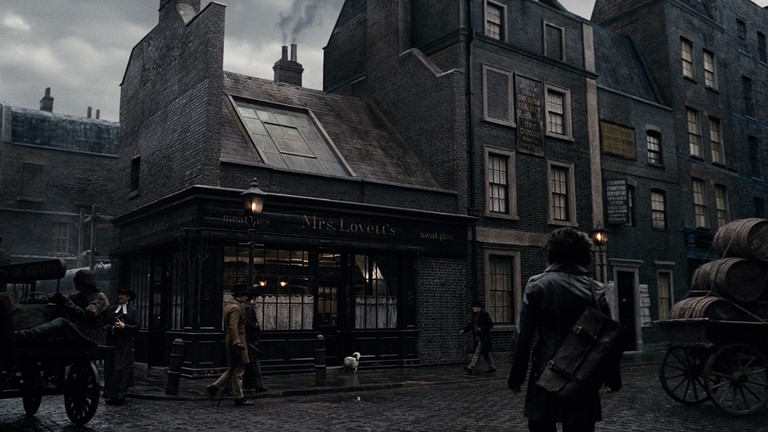 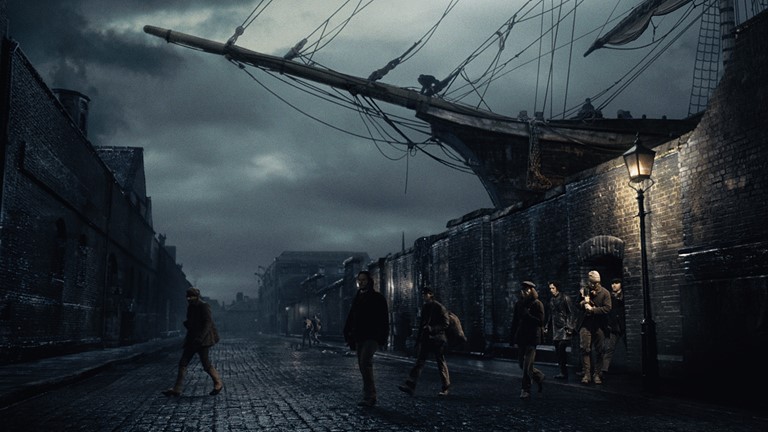 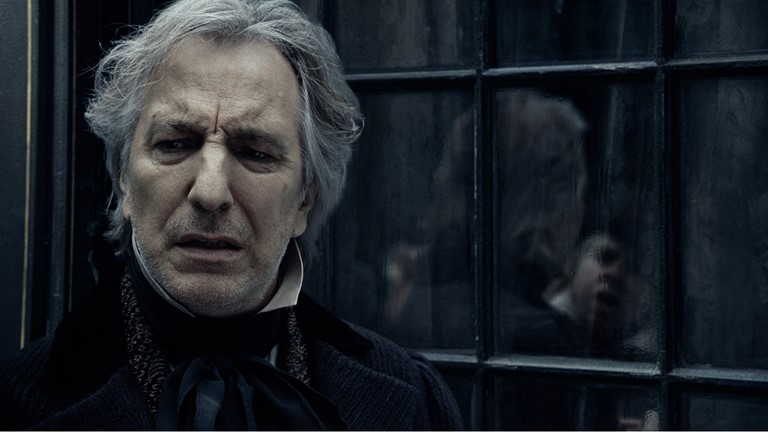