"We had this amazing visual effects supervisor called Tom Wood, who worked out of MPC in London. The VFX are really wonderful in it, I think they belong to much higher budgeted film. I’m very proud of the work they did."

"It’s impossible to see where reality ends and computer graphics begins and, as it was our understanding the fire was one of the last great CG hurdles, we can consider that one clearly leapt."

"The awesome CG Solar designs (by The Moving Picture Company) make this compulsion (…by the characters to view the sun) quite understandable, we too sit gazing at the playing light, fascinated and at its mercy."

Danny Boyle directed the feature film ‘Sunshine.’ Scripted by Alex Garland and produced by DNA Films and Fox Searchlight, the feature goes on general European release from April 5th 2007. The stunning visual effects work, a total of 750 shots, was carried out by MPC (The Moving Picture Company) and involved conceptualising and creating the surface of the Sun and the realisation of two enormous spaceships including mile wide sun shields. A DigitaI Intermediate grade was applied to enhance the mood of the production.

“It is the year 2057, the Sun is dying and mankind faces extinction. Earth’s last hope lies with the Icarus II, a spacecraft with a crew of eight men and women led by Captain Kaneda. Their mission: to deliver a nuclear device designed to reignite our fading sun.

Deep into their voyage, out of radio contact with Earth, the crew hear a distress beacon from the Icarus I, which disappeared on the same mission seven years earlier. A terrible accident throws their mission into jeopardy and soon the crew find themselves fighting not only for their lives and their sanity, but for the future of us all...”

MPC’s VFX team was tasked with building the Icarus I and the hero Icarus II spaceships over a short six months. In order to achieve this most efficiently, the team split the work between a number of people who each concentrated on modelling 75 individual modules that make up the Icarus II. The concept of a realistic ship being assembled in Earth’s orbit came from the Production Designer, Mark Tildesley, but the individual module designs were created by the VFX crew.

In the movie, the ship is not seen in direct sunlight, this presented an unprecedented and unique challenge to the lighting team. With the Living Section in the shadow of the shield they needed to to create an oppressive, claustrophobic feel to the infinite space around it. The shield itself measured 1 mile in diameter and was covered by individually operated 2 x 5 metre gold panels. To ensure their movement was appropriate for the action taking place, the animation team used MPC’s Giggle software to help generate the shield from 130,000 individual tile elements.

The second of MPC’s major tasks was conceptualizing the sun, the artists used NASA observations as reference. These are, at closest, 50 thousand miles across an image. However, in the movie the action takes place much more closely that that, so a period of creative exploration was required to conceive the final design. NASA images depicting the turbulent Sun captured at various wavelengths of light, gamma, x-ray and extreme ultra-violet, were used as reference for the visible Sun.

The close up Sun is an immense environment where everything was deliberately extremely chaotic and disorientating. The crew used Maya fluid systems to generate thick clouds and rigid body simulations to shatter the payload towards the end of the movie. Atmospheric particle elements burn holes in the payload and create contrails which help give a sense of speed during the descent. Extensive use of matte paintings incorporate large detailed vistas. The distant Sun was made up from many layers of surface movement with many small explosions and eruptions. To make it accessible and familiar to the audience, the cg version also contains many of the familiar elements found in the real sun, again sourced as reference from NASA archives. 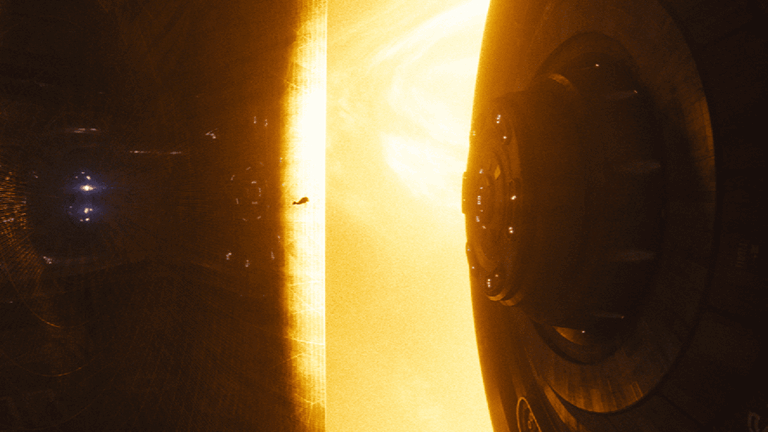 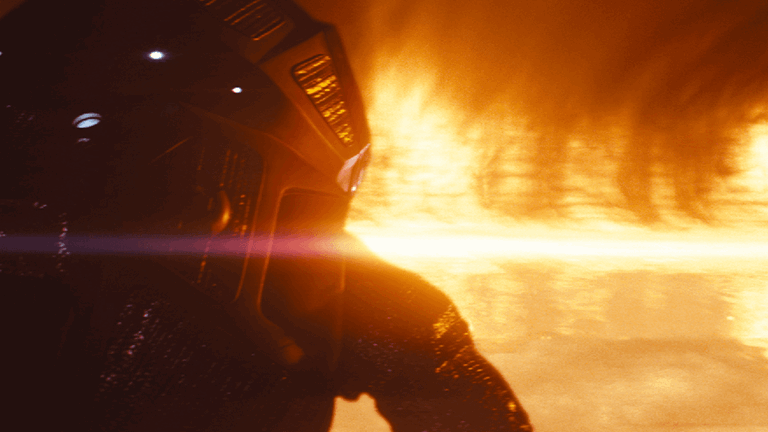 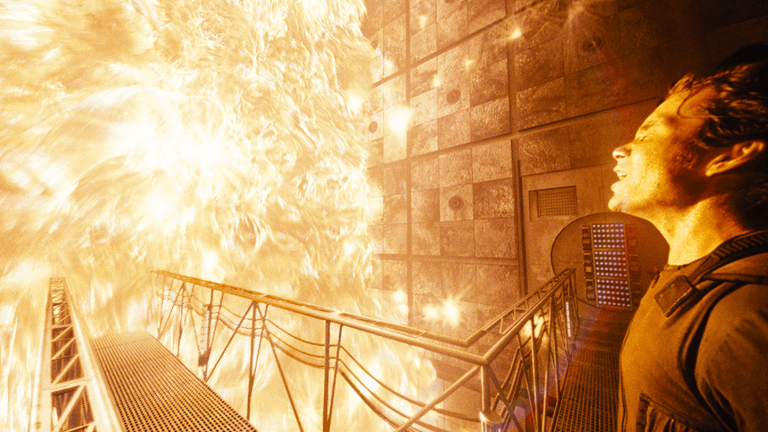 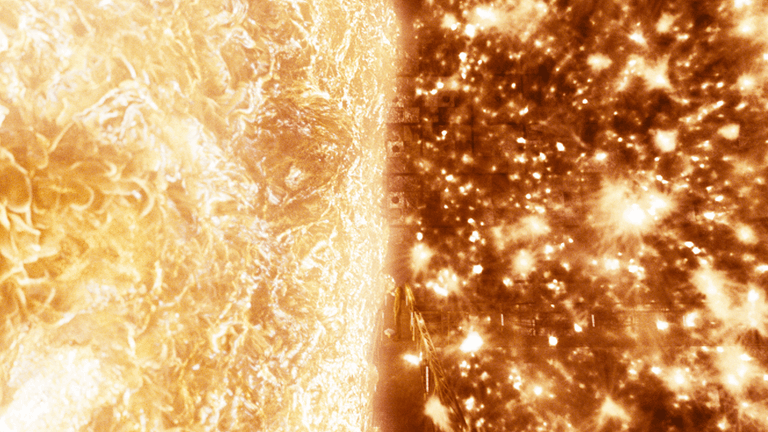 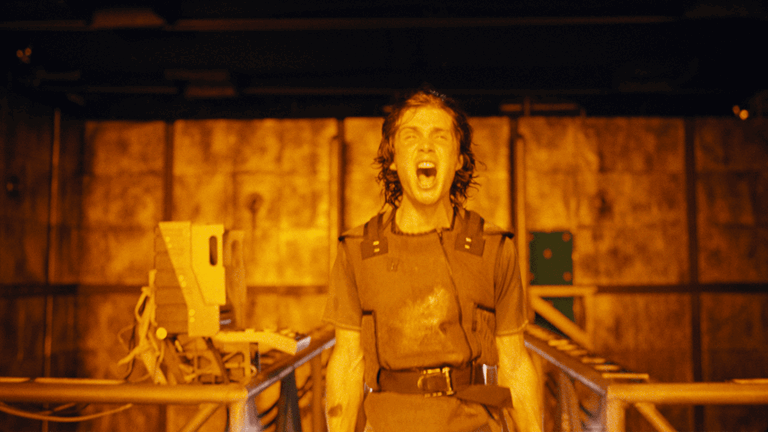