The VFX of Prometheus

Ridley Scott, director of 'Alien' and 'Blade Runner,' returns to the genre he helped define. With PROMETHEUS, he creates a groundbreaking mythology, in which a team of explorers discover a clue to the origins of mankind on Earth, leading them on a thrilling journey to the darkest corners of the universe. There, they must fight a terrifying battle to save the future of the human race

In order to previsualise the LV-223 planet, Ridley Scott’s team of artists created a number of concept images to illustrate how the planet would look from space and the planets surface. Richard Stammers and the production team then used these images as a basis to find a real shoot location which would fit Scott’s vision of an uninviting, barren and desolate landscape. One location the director was particularly interested in, was an area of Jordan called ‘Wadi Rum’. MPC’s team built a digital representation of the area using a mixture of reference stills sourced from the internet and illustrations by Scott. The team worked heavily with satellite images from Google Earth, digital elevation files and tech scout photography to reconstruct the valley in Maya. Once the information had been gathered and the digital environment created, the team then planned where the Prometheus would land, where the pyramid dome would be located and where the silo from which the alien ship would emerge. MPC’s CG Supervisor Matt Middleton worked with the layout team to resize the planet’s natural features relative to the alien structures. 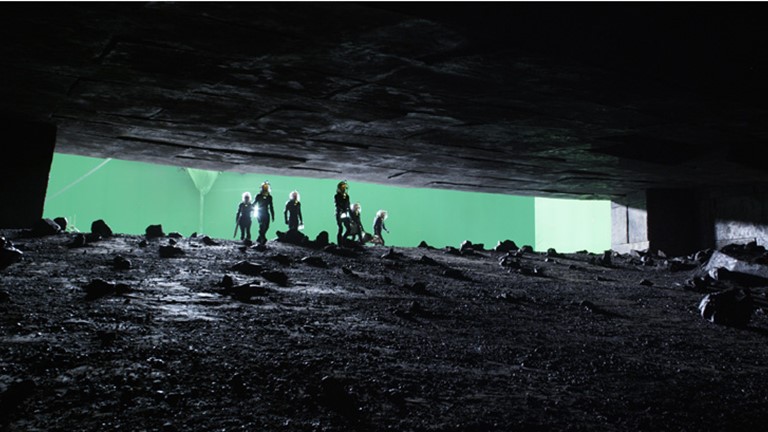