Pirates of the Caribbean: On Stranger Tides

Disney's Pirates of the Caribbean: On Stranger Tides, produced by Jerry Bruckheimer and directed by Rob Marshall, is the 4th instalment of the popular series.

When Captain Jack Sparrow crosses paths with a woman from his past, he's not sure if it's love -or if she's a ruthless con artist who's using him to find the fabled Fountain of Youth. When she forces him aboard the Queen Anne's Revenge, the ship of the formidable pirate Blackbeard Jack finds himself on an unexpected adventure in which he doesn't know who to fear more: Blackbeard or the woman from his past.

MPC’s first challenge was to recreate a full CG copy of Blackbeard’s ship, the Queen Anne’s Revenge. In order to build a library of images for the modeling team to use as reference, our in-house photographer flew to Hawaii to take extensive photography of the ship while it was being constructed. Next a scan of the ship was taken and using these two references the team created a digital double. MPC’s cloth team then replaced the sails, ropes and rigging with detailed CG versions and finally our compositors had the tricky tasks of piecing together the dozens of layers of Rotoscope together with segments of the live action ship.

MPC’s Crowd artists were tasked with populating the Providence with dozens of CG sailors and the sea around it with attacking mermaids. Our Crowd HOD supervised a two-day shoot to gather information on specific actions needed for the sequence, including sailors climbing the ship’s ropes and mermaids lashing their tendrils. The footage was then processed through MPC’s in-house crowd simulation system ALICE, allowing the team to recreate a multitude of different actions at once. Taking cues from ILM’s mermaid designs, MPC also designed their tendrils and completed shots of sailor’s being pulled into the sea.

MPC also created the sequence where the Providence is sunk. The team working on the asset made a CG boat and crew, and the animation team directed performances of the crew running around on deck, and falling from the side of the ship while the mermaids attack. MPC’s crowd system again came into use allowing the artists to throw sailors around using physics simulations as the boat rolled from side to side.

There were various technical challenges to overcome in creating the pirate rope sequences and a series of specific scripted rigs were developed to cater for each scenario. The various types of rope movement the team built included snaking living ropes, ropes whipping through shots, ropes entangling sailors and tightening around pirates and ropes and of the ropes themselves.

MPC’s artists created the scene where Jack jumps from a cliff into a pool beneath a flowing waterfall. Our environment team reconstructed the edge of the cliff from a mixture of plate and photographic references from the location and then extended this down to create the full height of the cliff. For the waterfall our FX team created a number of different particle and volume simulations, which were combined with live-action elements and projected textures in order to give the waterfall the right sense of depth. Finally, using the performance of a stuntman as a starting point, the team animated a digi-double of Jack Sparrow jumping into the waterfall. In the final version, the only parts of the live-action plate that remain are the water immediately surrounding where Jack lands and the splash as he hits the pool.

Pirates of the Caribbean: On Stranger Tides is a full stereo movie and from the outset MPC’s Stereographers integrated a flawless workflow taking into account the camera tracking and 3D Roto Animation challenges a stereo production brings. 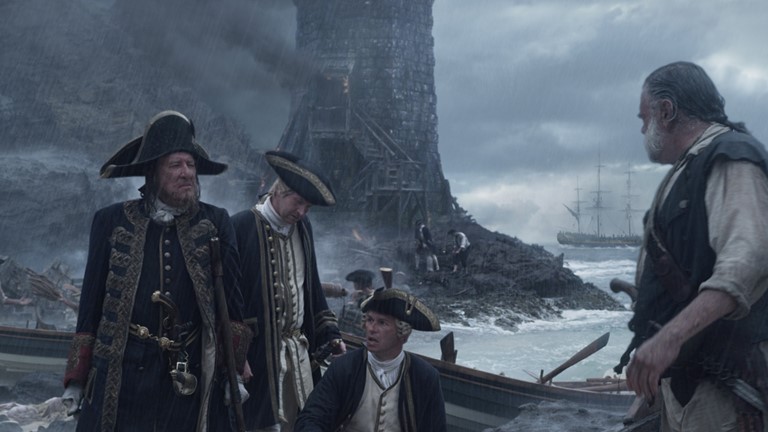 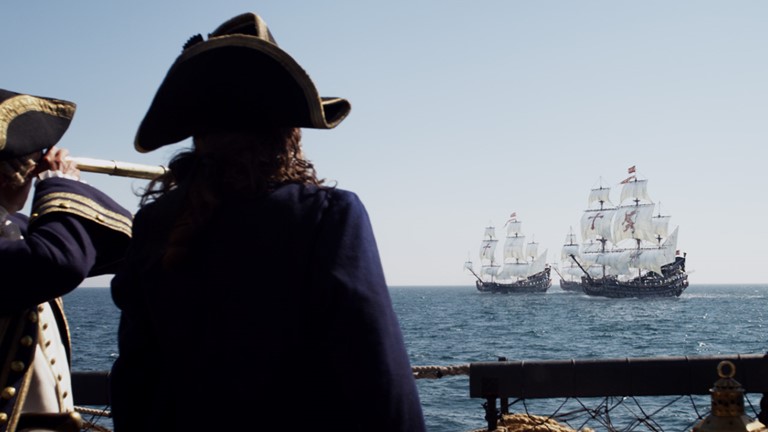 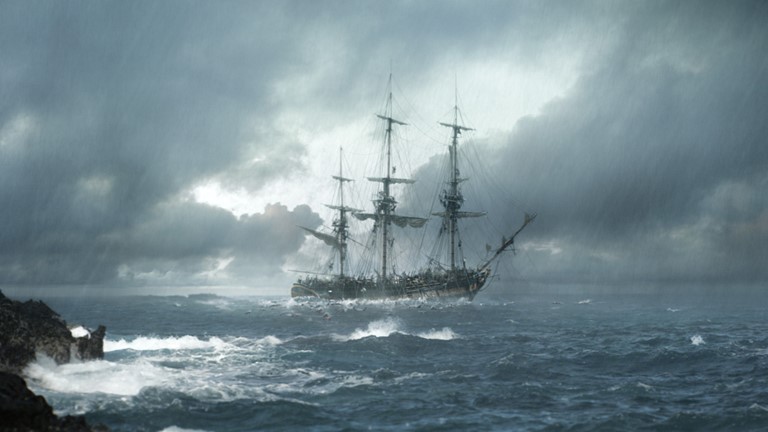 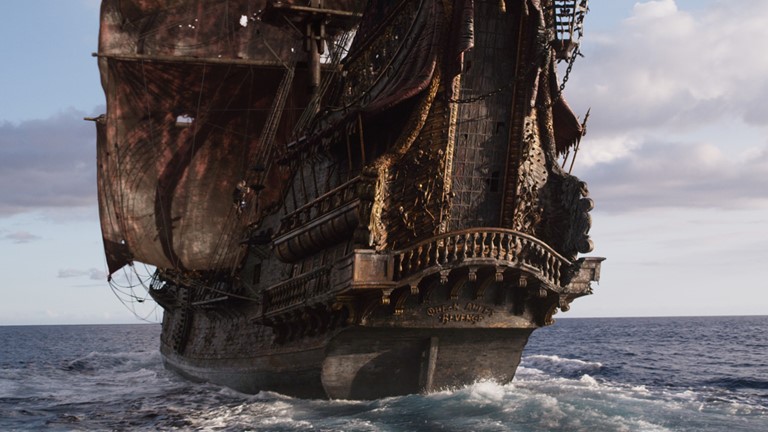