Percy Jackson and the Lightning Thief

“Thank you! and congratulations on your incredible work for "Percy Jackson and the Olympians: The Lightning Thief"!

Christopher Columbus has directed ‘Percy Jackson and the Olympians; The Lightning Thief’ for Twentieth Century Fox. MPC Vancouver provided a range of visual effects and post production work for 160 shots across 9 sequences for the movie. Their main areas of work involved creating Greek Gods and simulating a firey inferno. The team also replaced numerous legs for Grover the faun and Chiron the Centaur. MPC VFX Supervisor Guillaume Rocheron explains; Percy has been an interesting and challenging project; particularly in terms of the scope and variety of creatures and effects we have created.

It's the 21st century, but the gods of Mount Olympus and assorted monsters have walked out of the pages of high school student Percy Jackson's Greek mythology texts and into his life. And they're not happy: Zeus' lightning bolt has been stolen, and Percy is the prime suspect. Even more troubling is the sudden disappearance of Percy's mother. As Percy finds himself caught between angry and battling gods, he and his friends embark on a cross-country adventure to catch the true lightning thief, save Percy's mom, and unravel a mystery more powerful than the gods themselves. (20th Century Fox)

MPC's work was focused around 5 key creatures with the most challenging being Hades, a giant 12 foot tall fire demon, once the concept work was translated into a computer model, facial movement and expression became paramount.

Guillaume explains; For Hades’ facial performance capture, our teams used the ‘Mova CONTOUR Reality Capture’ system and integrated the data taken into MPC’s in-house motion blending tools and motion clips manager to allow the artists to mix and tweak different dialog and expression takes according to the requirements of the shots. It was important to stay as true as possible to the performance Chris Columbus captured on set but remain able to tweak it afterwards if Chris felt some adjustment necessary once transferred onto our 12 foot character.

Hades was joined by the Minotaur, a huge furry and athletic beast that Percy fights, and the Hellhounds, who are half dog; half hyena, both used MPC's dynamic in-house fur solution, ‘Furtility’ over anatomically correct muscle and skin simulations. As with Hades, their development started in the asset department translating the original concept artwork into 3D sculpts the director could approve before putting models into the production pipeline. MPC then modeled, textured and rigged the creatures using custom muscle and skin deformation solutions.

The second development phase was to create photo real fire simulation for Hades and the giant fire inferno with hundreds of CG fire-like creatures called the Lost Souls. Guillaume explains; Hades was very challenging as fire was a major component of the character and had to be both extremely detailed and very controllable according to his performance. Our FX team pushed the fire simulations to a much higher resolution than we've done previously to ensure details were contributing to the motion and not only added as a post-process. The simulations were computed at a voxel size of under 1mm and then plugged into MPC’s rendering system to generate accurate illumination onto the character. The team used the same methodology to create the Lost Souls, producing super natural fire, shaped and timed specifically for every shot.

Other work included leg replacement for Grover the faun and Chiron the centaur and shake compositing to create the force field effects, not to mention the compositing together all 160 shots. 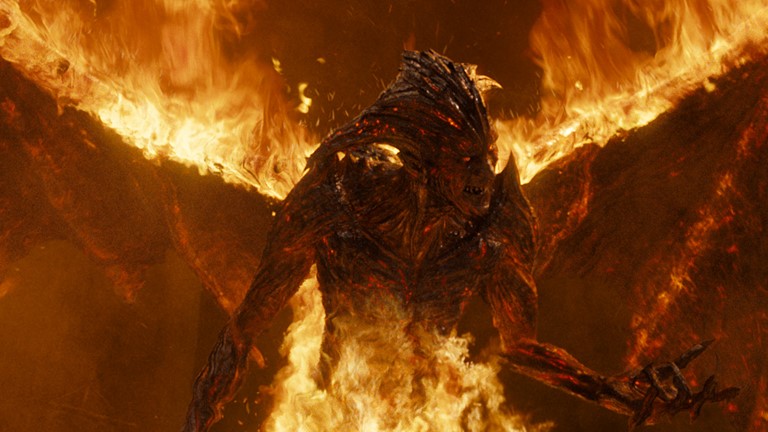 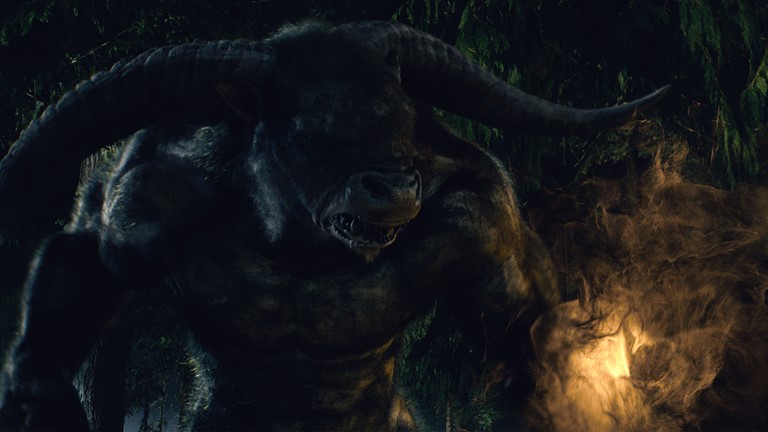 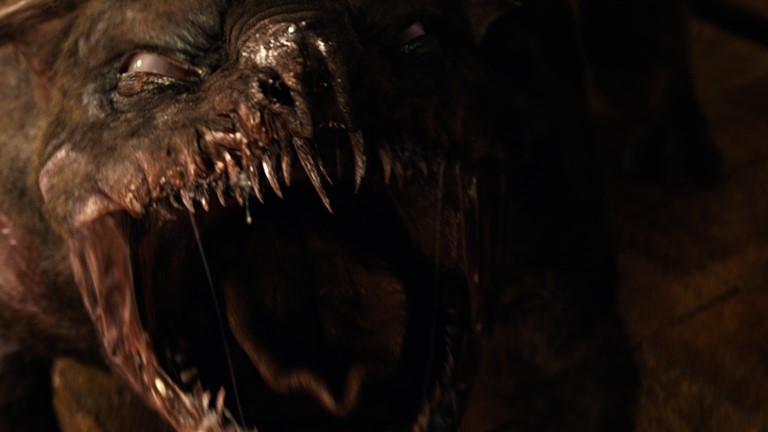 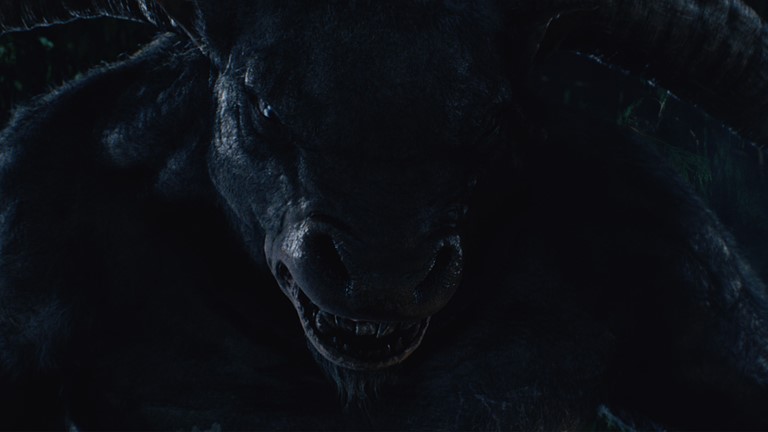