From visionary director Ang Lee and based on the best-selling book by Yann Martel, Life of Pi is an inspirational story of a young man who, upon surviving a shipwreck at sea, is hurtled into an epic journey of adventure and discovery.

MPC’s main areas of work included creating two massive storm sequences: the sinking of Pi’s cargo ship The Tsimtsum, and the Storm of God, the dramatic climax to Pi’s journey aboard his marooned lifeboat. Other work included animating over 20 panicked animals aboard the sinking ship, creating a CG lizard, hornbill and Cassowaries for the opening titles and the first shots of Pi leaving India on board The Tsimtsum.

Planning and execution of the storm sequences took more than two years to complete and totalled around 15 minutes of final visual effects work in the film. To fit Lee’s precisely choreographed sequences, the team simulated water surfaces in Flowline, later adding multiple simulations of elements such as spray, bubbles, foam and whitewater, layering them together in a complex composit. By utilising a new methodology to drive fluid simulations right from the layout stage, the team were able to gain precise control in terms of timing, layout and levels of realism added to the waves.

The ship itself, a detailed digital replica of the Tsimtsum was modelled on a 1970s era freighter and built referencing blueprints which were given to the team by production’s art department.

For the sunken shots, the team comped in a CG double to underwater photography, adding underwater waves and atmospheric elements to the scene.

The team were also tasked with creating a number of animated animals for several key shots. Led by Animation Supervisor Daryl Sawchuk, the team animated around 20 panicking creatures aboard the sinking Tsimtsum, including leopards, camels and rhinos. The team also rigged, modelled and animating a CG lizard, hornbills and Cassowaries for the movie’s opening sequences within a zoo in India.

Additional work included enhancing shots as the Tsimtsum sets sail. The team extended the deck set, added a CG ocean as well as DMP’s of Indian countryside in the background. 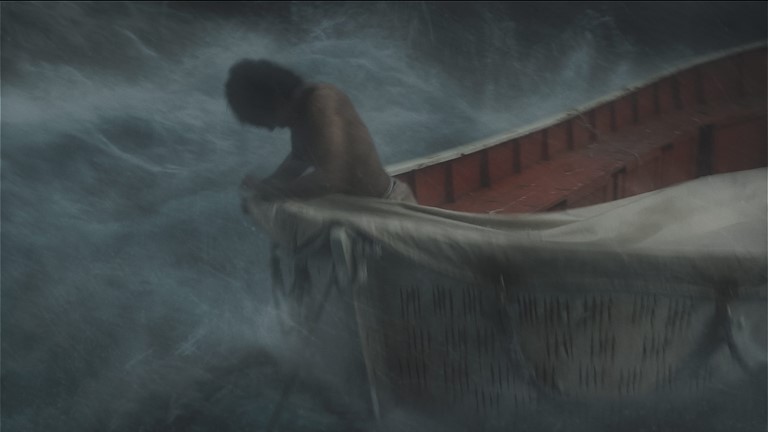