"MPC's talented team of artists enabled me to realise my much dreamt Vision of "Kingdom of Heaven'; their patience and humour made the "going" that much more enjoyable and efficient."
Ridley Scott - March 2005

MPC (The Moving Picture Company) has completed all the visual effects for Ridley Scott’s epic feature ‘Kingdom of Heaven’ a total of 440 shots. The film, which will be on general release from May 6th 2005, is produced by Scott Free Productions and will be distributed internationally by Twentieth Century Fox.

Kingdom of Heaven is a monumental epic of tolerance, honor and humanity, starring Orlando Bloom and set against the turbulent, emotionally charged and world-shaping Crusades. From master filmmaker Ridley Scott, it traces the story of Balian, a common man of extraordinary conscience who rises to knighthood and embarks upon a life-changing journey to find peace and a better world.

Building on previous work on Hollywood movies, MPC was under orders to carry out huge scale army simulations including mounted cavalry and fully manned siege machinery as well as over 100,000 infantry soldiers charging towards Jerusalem. The team also needed to undertake extensive city recreations and set extensions. Other important elements include the creation of computer generated war machinery – trebuchets and mangonels, siege towers and arrow replacements. Particle systems added atmospheric elements, such as, dust and smoke to the scenes.

And so it was, MPC took up arms to create battling crusaders for Kingdom of Heaven. The already comprehensive MLE and ALICE software was further developed to include PAPI (our own in-house physics API) and create artificially intelligent agents which were not only bi-pedal but also quadruped, as well as recreating ancient cities.

Siege machinery:
For Kingdom of Heaven, MPC created a database of war machinery from catapults - trebuchets and mangonels – to siege towers, arrows and flags. This diverse catalogue of weaponry and the environments in which they sit were mostly created in 3D to guide mocap pre-production. A motion capture session then took place, a rigger was on set to construct the battlements, siege machinery, props and rig the relevant ropes as necessary. From these physical points of reference, mocap data was taken which was then returned to MPC where the machinery and operating soldiers and were integrated as 3D builds into live action sets.

MocapTo create the mounted armies seen in Kingdom of Heaven, extensive motion capture data was required. To achieve this, two shoots were scheduled, firstly, at an equestrian centre near Salisbury using 24 cameras to capture the four legged movement of horses and riders and secondly at Black Island Studios, this time using 14 cameras strategically positioned to capture the movements used to create library soldier manoeuvres.

Capturing data for horse motion necessitated a different process than traditional bipedal capture, more space was required to allow the beasts to move freely, and hence, more cameras to capture the data. Once the raw data was collated, MPC processed this and added it to the proprietary MLE (Motion Library Editor) system, creating a library of horse movement from walk, to trot, gallop and canter.

The next stage involved creating the correct motion for the riders – whether on or off horseback. In order to optimize the motion capture environment, a related area was created in Maya, which helped to plan the shoot, giving accurate dimensions of the ‘live’ area and the number of cameras required to capture all the information necessary. Once the ‘real’ set was created, a stunt man – hired from the set - re-created the movements ultimately seen in the movie. These include: running, walking, fighting, jumping, machine operation and so forth and were carried out in pairs so as to ensure that the movement was as natural or fluid as possible. This interaction created its own challenges, with limbs covering the all important markers.

The final task of the mo-cap team was to create accurate models of important props including siege towers and catapults. Accurate physical models and props were built and the actors interacted with them as per the requirements of the project. Some pushed, pulled and hung off the equipment. These ‘weapon elements’ were created as separate library entries which would later be integrated into shots.

Crowd Sim
Once the mo-cap was in place, it needed to be processed to integrate into MPC’s proprietary crowd simulation tool – ALICE. The major difference to the work to be created for Kingdom of Heaven was the necessity for quadrupeds, and subsequently the need for mounted riders on horseback. The challenge facing the R and D team was to find a way for the AI of one agent (the horse) to directly drive the AI of another agent (the rider.) This way, in the final renders, it appears - as in real life - as though the rider inherits motion from the horse.

Recreating Cities
In another departure from traditional animation techniques, MPC moved away from using live action miniature models as the basis of the cities preferring to opt for completely CG versions. To achieve this, MPC developed a yet another new system – this time it was environment based, taking into account the entire layout of the CG cities. Ridley Scott and the team undertook an exhaustive design process taking reference from shots taken on location in Morocco to bring about the recreation of Jerusalem and Kerak. To do this; wide vistas, city/set extensions and one off hero views from balconies were created. The team also adopted a more advanced rendering workflow. 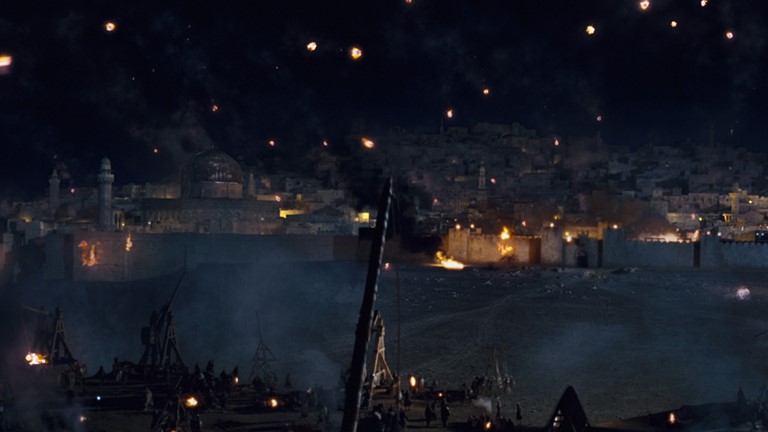 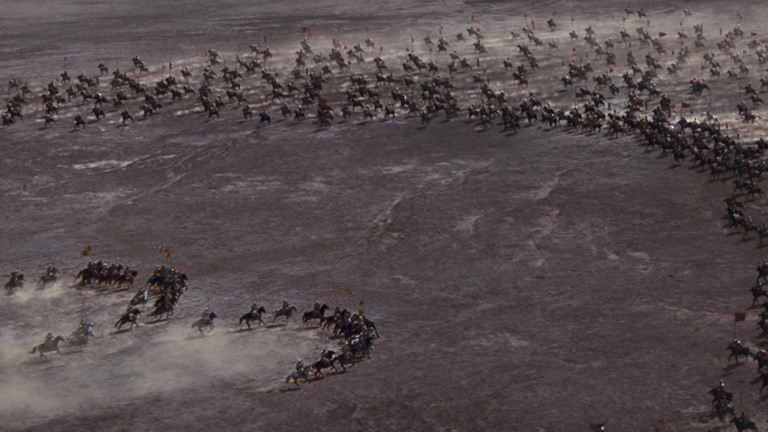 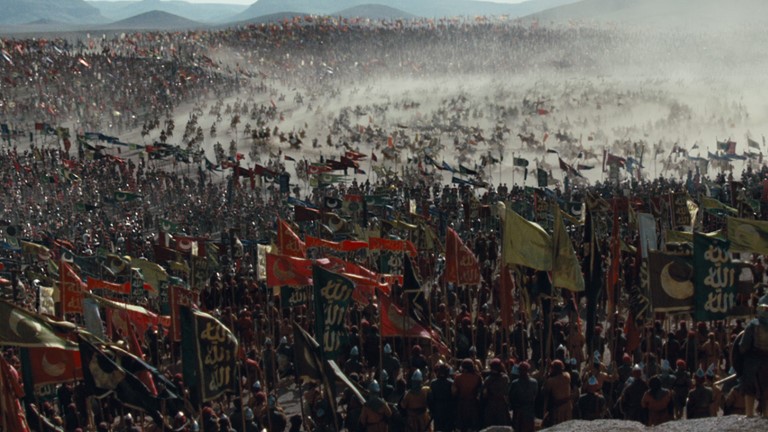 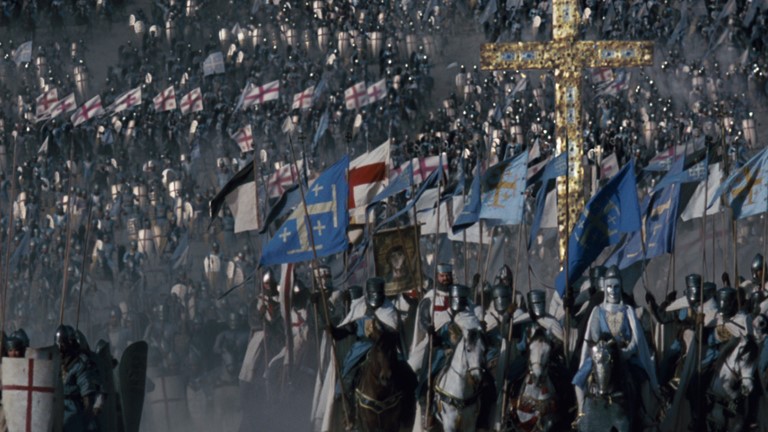 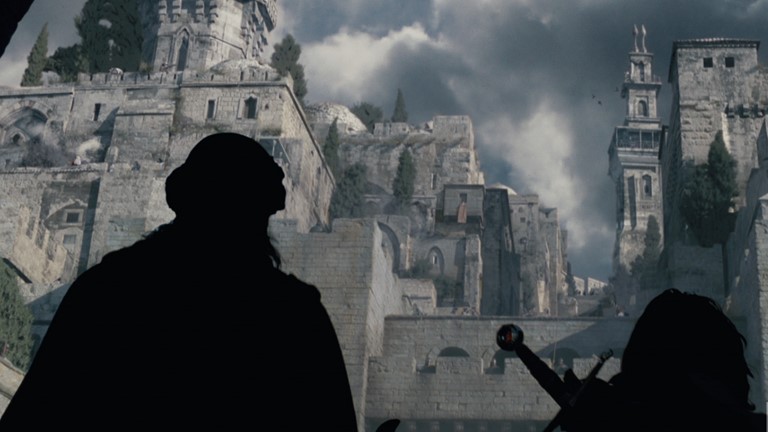