Harry Potter and the Prisoner of Azkaban

MPC conceived “the Grim”, a menacing photo-real computer generated dog which haunts Harry throughout the film, a ferocious Werewolf and a return visit for the Whomping Willow. Other effects work carried out include the metamorphosis of Peter Pettigrew (Timothy Spall) from human to alter ego ‘Scabbers’ the rat and back again and the transformation of Professor Remus Lupin (David Thewlis) into the werewolf. Full 3D environments extend sets showing the Whomping Willow to create panoramic shots of the wild British countryside. MPC also developed the film’s characteristic title sequence, encompassing live action plates composited together with miniature 3D models and a 3D animated flying Harry Potter logo.

Collaborating closely with director, Alfonso Cuarón and VFX Supervisors, Roger Guyett and Tim Burke MPC created some key creature characters for the film. Each of the characters was modelled and animated in Maya. Proprietary plug-ins were written in order to achieve an extra level of realism not possible with out-of-the-box tools. Delilah, MPC's bespoke 3D fur system was developed to re-create the properties of natural fur and hair and simulate how these react to different physical forces such as wind and gravity. This was used on many different aspects of the project including the Grim’s fur, the grass and the werewolf’s pelt. The team also developed an in-house muscle system to realistically portray the muscular anatomy of creatures in motion. PR Man was used for rendering.

Sequences in the film feature a modified design of the Whomping Willow initially developed by MPC for Harry Potter and the Chamber of Secrets. A more gnarled and twisted version of the tree, previously located in the grounds of Hogwarts appears in this movie in the wild countryside beyond the walls. The MPC effects team carried out accurate pre-visualisation for a number of sequences, which proved particularly useful in the scene where Hermione and Harry are swung around by the Whomping Willow, and in another where Ron is dragged along the ground by the Grim.

The pre-vis data was used by both the physical effects team and the visual effects crew to plan the events shown. The physical effects team engineered Hermione onto a rig which swung her around, and the digital team then tracked her motion and built the swinging branches around her. The tree’s development allowed further exploitation of the in-house proprietary dynamics system. In a few cases fully digital versions of the children or parts of their bodies were used to obtain shots that would have been impossible to shoot in the studio.

Both the Whomping Willow and the Grim drag sequences were filmed in studio before blue screen. As the studio was of a limited size, the team needed to build a whole digital landscape to extend the set out to the horizon, with elements including rocks, ferns, heather, a lake, forests of pine trees, mountains and the sky to mirror the physical environment of the real exterior shots. It was important to create this in 3D, rather than with a more traditional matte painting, because of Alfonso Cuarón's highly mobile camera technique. The digital landscapes were also used elsewhere in flashback shots, where previously shown sequences are replayed from a different a point of view, and in three establishing scenes, where the Whomping Willow and the exterior of Hogwarts is seen in Spring, Summer and Autumn.

As well as fighting with the Grim in one key scene, MPC’s werewolf also interacts with a CG creature developed by a separate VFX house. In order to achieve a believable fight between two digital characters it was necessary to integrate elements from another company into MPC shots and vice-versa – so close collaboration between the two teams was paramount. CG bats from another facility were also incorporated into some of MPC's all-digital landscapes. 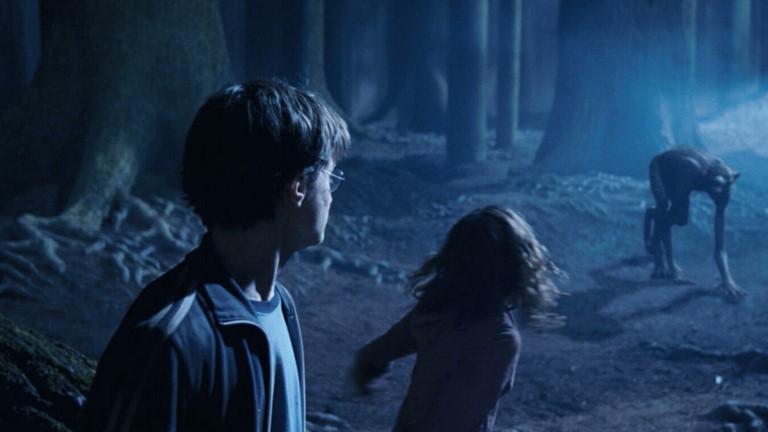 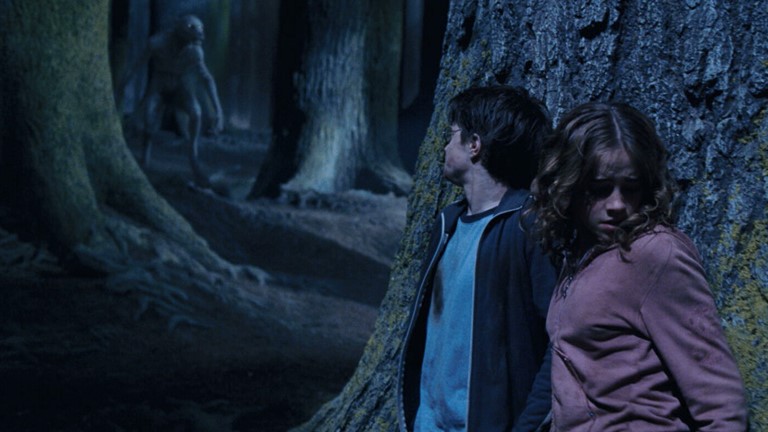 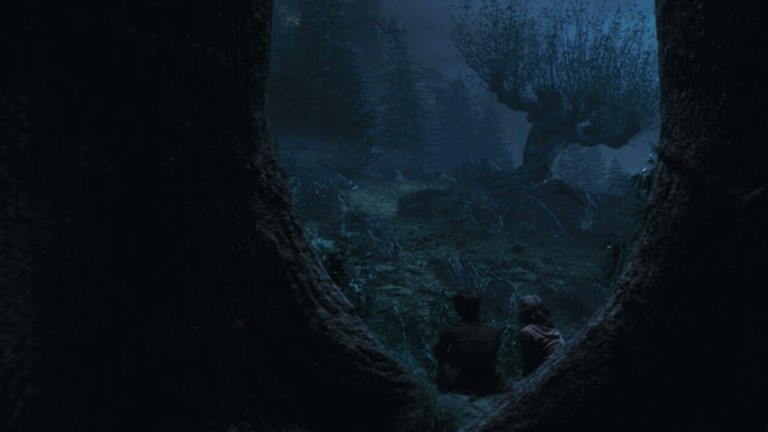 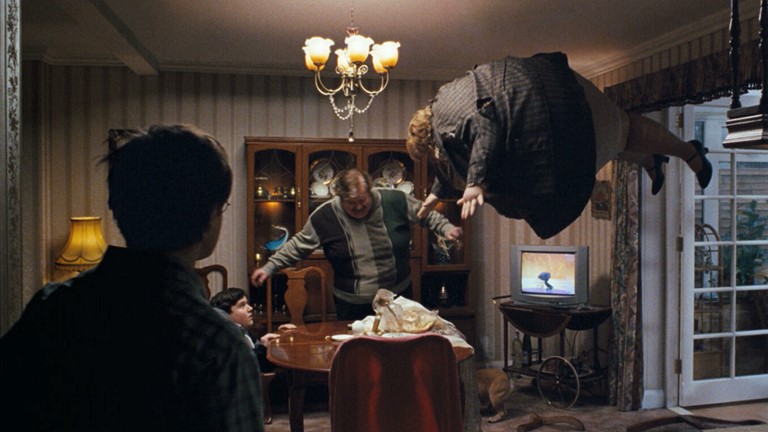 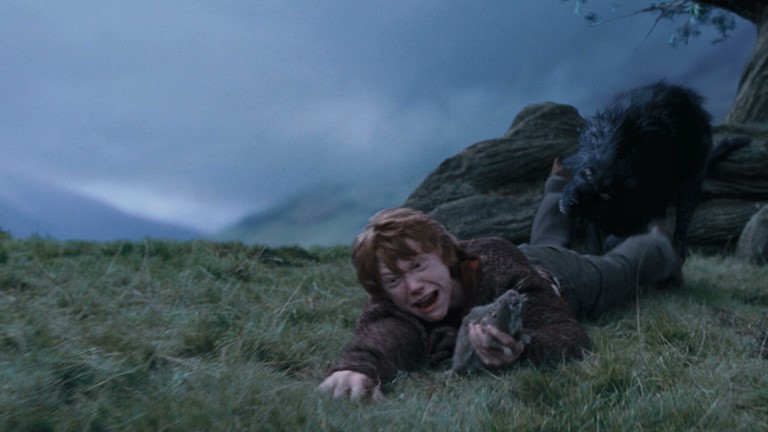