Harry Potter and the Half Blood Prince

David Yates directed the sixth installment of JK Rowling and Warner Bros Pictures’ Harry Potter franchise. ‘Harry Potter and the Half Blood Prince’ explores Voldemort's past as Harry starts private lessons with Professor Dumbledore in an attempt to reveal his dark secrets. MPC completed over 250 VFX shots for the astounding quidditch match, the Hogwarts train and the apparating sequence including digi-doubles, crowds and extensive cloth simulation.

The sixth year at Hogwarts sees the arrival of Professor Horace Slughorn, the new potions teacher who gives Harry a mysterious Potions book. This old book has tips scribbled in the margins of almost every page for improved potions and some helpful and rather dangerous spells by the Half Blood Prince. Professor Dumbledore starts tutoring Harry in order to learn more about Voldemort’s past, trying to find a way to defeat him.

One of the challenges for MPC was to create the action-packed quidditch sequences. The London VFX team, led by Nicolas Aithadi, created full CG characters of the 14 principle actors including Harry, Ginny and Ron for the fast paced game. As the actors had to be very close to camera, so a lot of research was done to find the best technique to create the photo realistic doubles. In the end videogrammetry was used, which is similar to motion capture with the added value of moving textures. For the hair simulation, a custom tool was developed by the R&D team which allowed the long hair to react not only to abrupt movements, but also the weather conditions.

To build the stadium 35,000 pieces of geometry were created, which later required extensive cloth simulation for the house drapes for the final match. The full CG environment surrounding the stadium was developed using reference stills and was completed with digital matte paintings, two versions of the highly detailed environment and the stadium were necessary as the two sequences take place in two completely different weather conditions. A mix of CG crowds and live action extras populate the final match scenes completing the thrilling atmosphere.

For the Hogwarts Express sequence, half a carriage was built on set for the shoot with MPC extending the outside of the train using Maya. Comprehensive pre vis was done to allow the camera to travel though carriages, coming out of the train and flying in again using dozens of motion control passes to achieve the seamless look.

Apparating, which is a magical way of transportation, challenged MPC’s concept department, this required extensive concept work to develop the most descriptive way to depict this very special or abstract way of traveling. Full res digi-doubles were created and rigged to be later twisted and stretched showing the real agony of this way of traveling. 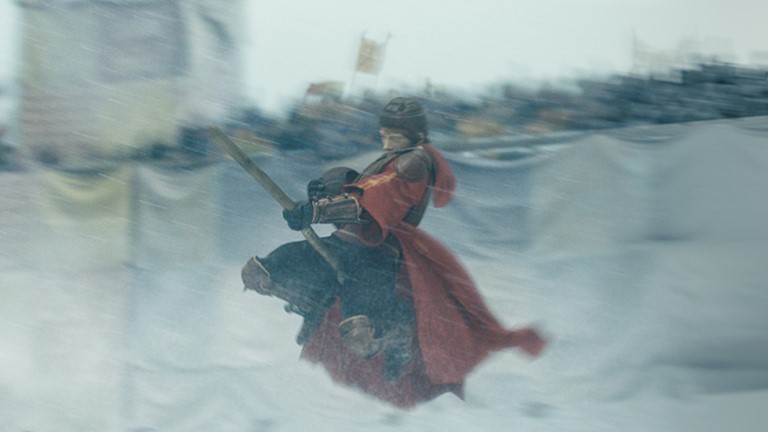 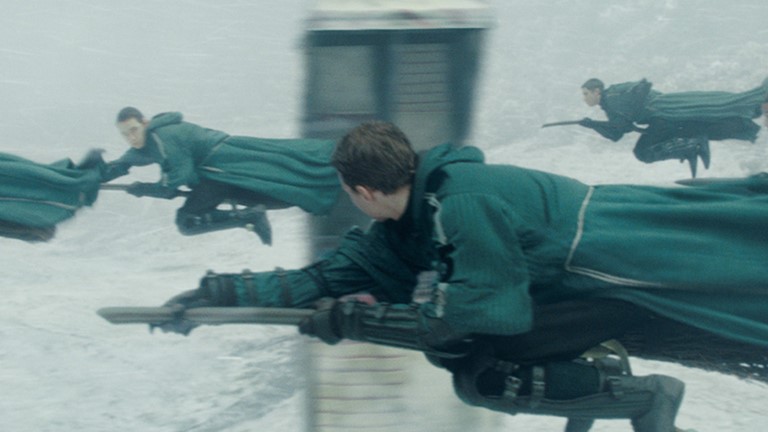 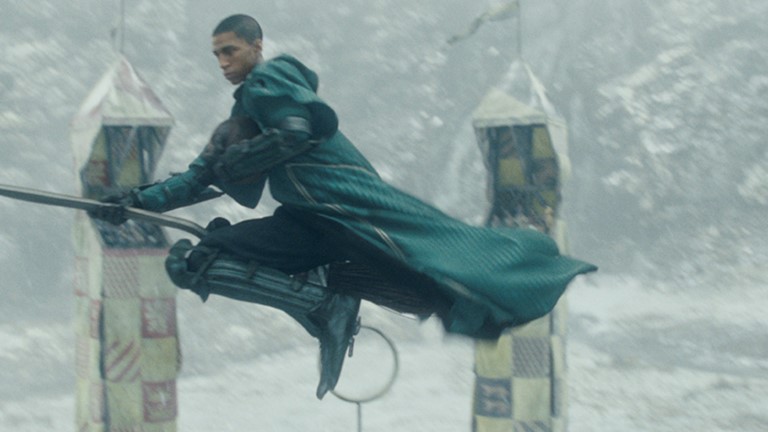 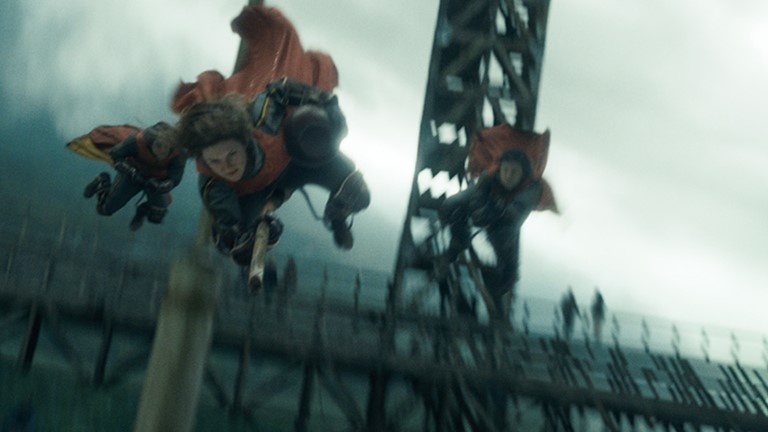 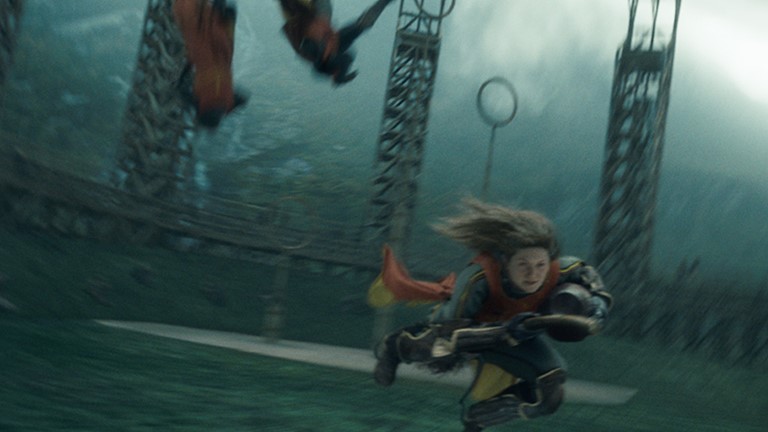