Directed by David Yates, Harry Potter and the Deathly Hallows: Part 2 is the final adventure in the Harry Potter film series.

In the epic finale, the battle between the good and evil forces of the wizarding world escalates into an all-out war. The stakes have never been higher and no one is safe. But it is Harry Potter who may be called upon to make the ultimate sacrifice as he draws closer to the climatic showdown with Lord Voldemort.

MPC worked on Harry Potter and the Deathly Hallows: Part 2 from early previs and concept through to the very last shot, which ended up being Voldemort’s death. This effect evolved through several different styles before settling on the final version, which consists of flakes that peel from a fully digital Voldemort, dispersing his body into the air above Hogwarts.

For the “The Room of Requirement” scene, MPC both extended the intricate live action sent and built a fully CG environment to give the impression of an endless space. A chaotic river of fire was created using the Flowline simulation software licensed from Scanline. This combination of water and fire simulation also contained magical creatures that pursue the main characters and try to trap them in the room. Our heroes, escape on brooms, mainly created by filming elements with a motion base rig used in previous films.

Two Horcrux destruction effects were also completed; the ‘Nagini Horcrux’ was a smoky mass that emanates from Nagini when Neville strikes her with the sword of Gryffindor and the ‘Diadem Horcrux’ which when kicked into the fire by Ron, causes 3 firey Voldemort heads to rush towards camera.

MPC worked on the aerial battle between Harry and Voldemort, which features facial merging between the two characters, CG strips from Voldemort’s cape attacking Harry, a macro close up shot travelling along Voldemort’s wand to show it cracking as it resists his power, various battle wand effects and many moments of Harry and Voldemort attacking each other in and around Hogwarts. 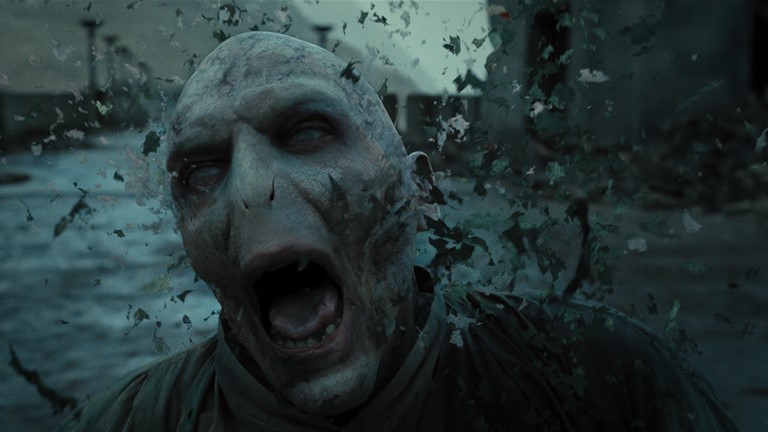 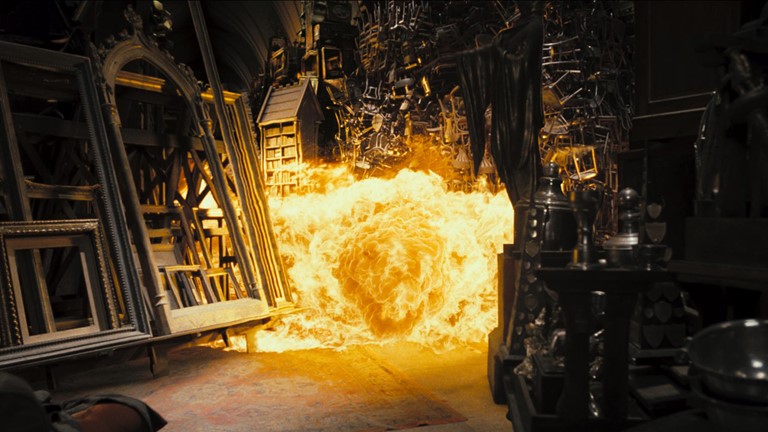 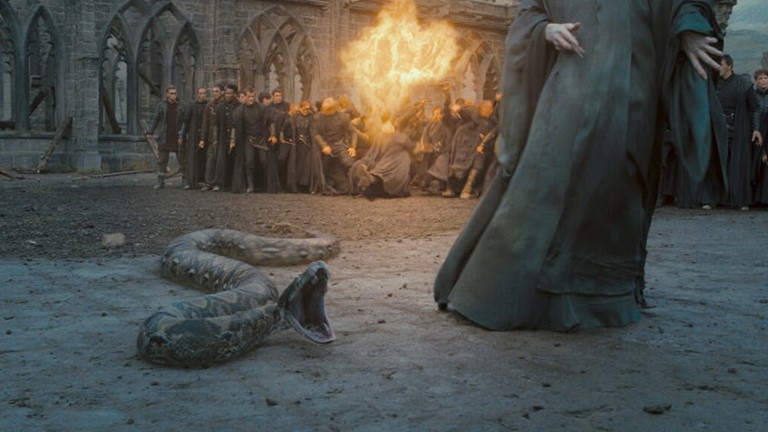