Fred Claus (Vince Vaughan) has lived his entire life in his brother’s shadow. Fred tried, but could hardly live up to he example set by the younger Nicholas (Paul Giamatti), who was just perfect, well a Saint!... True to form, Nicholas grew up to be the model of giving, while Fred became the polar opposite: a fast talking repo man who’s run out of luck and money. Over Mrs Claus’ objections, Nicholas agrees to help his brother on one condition; that he come to the North Pole and earn the money he needs by working in Santa’s toyshop. The trouble is that Fred isn’t exactly elf material and with Christmas fast approaching, Fred could jeopardise the jolliest holiday of the year…’

MPC carried out a significant number of shots for the project, with the main areas of work including; the creation of a computer generated North Pole city, extending the Snow Globe environment and augmenting crowds of CG Elves staffing Santa’s toyshop and living in the North Pole.

The North Pole shots consist of a mixture of fully computer generated environments and large scale set extensions to the plates shot in Cardington. The 3D was created using Autodesk’s Maya and MPC’s in-house toolkit, compositing was carried out in Shake.

With lighting conditions on the shoot varying, the rendering team required a range of lighting techniques to replicate the live action. MPC’s second major sequence involved creating and adding a CG glass dome with falling snow – the snow globe - into the centre of the Naughty/Nice room.

It is this piece of apparatus that Santa uses to keep track of which children are naughty and which are nice. Quiet, contemplative elves were composited into the Naughty/Nice room for later shots. In the North Pole environment, a mixture of 2D replicated and CG elves created using MPC’s ‘ALICE’ crowd simulation software, were added in to boost numbers. They range in size from full screen characters down to small pixel sized background individuals. Postal workers, elf labourers and walkers, runners, talkers and skaters all populate shots through out the movie.

The Willy character is an amalgam of two actors; the face belongs to John Michael Higgins the body to actor Jorge Rodero, to bring the elf to life, the MPC team, painstakingly composited one actor’s face onto the other’s body. Baby Santa, seen at the opening of the movie, was made to talk… 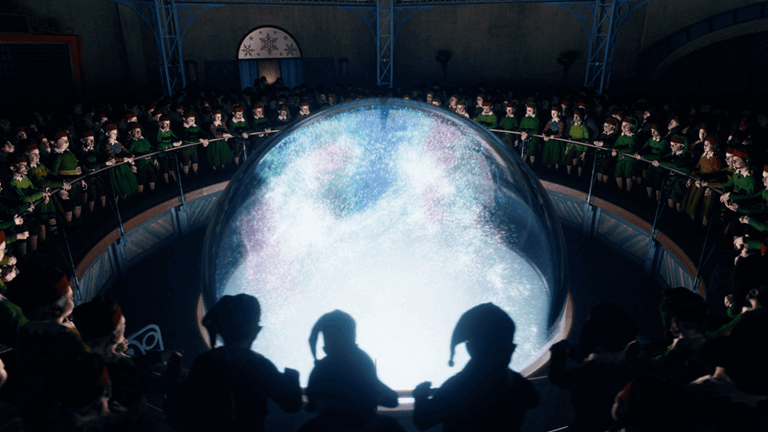 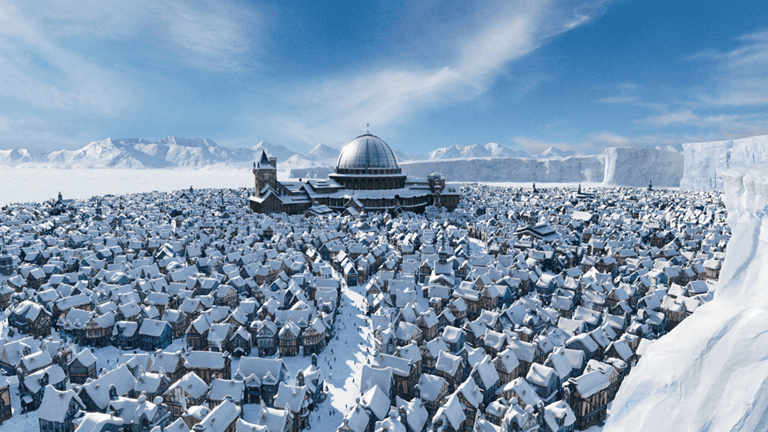 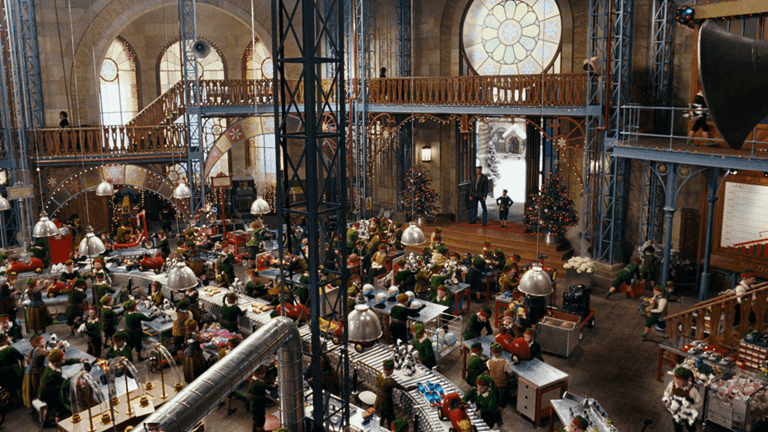 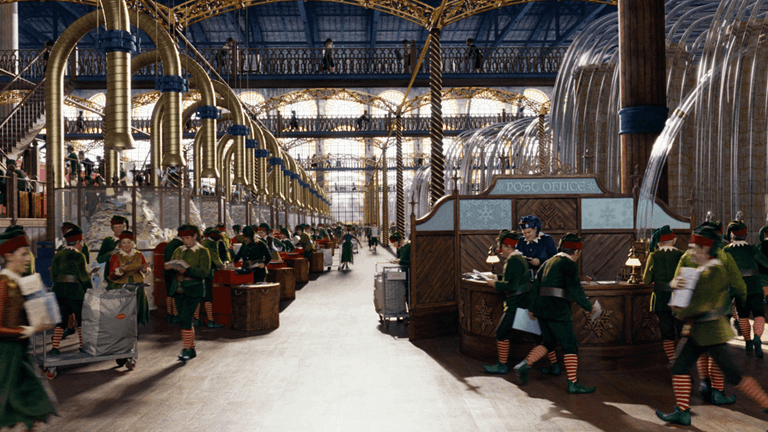 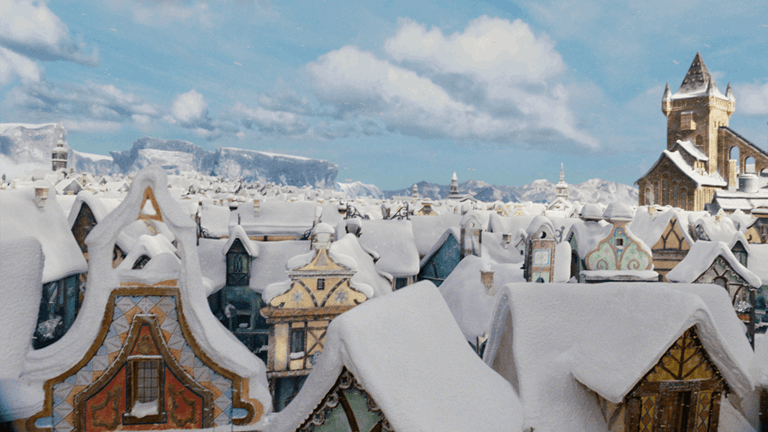