MPC completed visual effects for Warner Bros. Pictures’ 'Batman Begins', directed by Christopher Nolan. 'Batman Begins' explores the origins of the Batman legend and the Dark Knight’s emergence as a force for good in Gotham.

In the wake of his parents’ murder, disillusioned industrial heir Bruce Wayne (Christian Bale) travels the world seeking the means to fight injustice and turn fear against those who prey on the fearful. He returns to Gotham and unveils his alter-ego: Batman, a masked crusader who uses his strength, intellect and an array of high tech deceptions to fight the sinister forces that threaten the city.

With the help of ALICE, MPC’s proprietary crowd system, the team created a swarm of digital bats. In order to ensure that they behaved in a realistic way, the R and D team further developed the system to ensure the bats would fly, take off, land and generally behave realistically when reacting to outside stimuli.

The first sequence starring MPC’s artificially intelligent bats is a flash-back to young Bruce Wayne’s first harrowing meeting with bats after accidentally falling into an old, boarded-up well. This sequence required highly specific bat animation with the creatures squeezing through a narrow gap in the wall of the now-dry well, and swarming in and around Bruce before finally escaping. A large number of hand-animated bats were used to support ALICE in bringing the action onto the screen.

For MPC’s second major sequence, Bruce Wayne, under the influence of a hallucinogenic drug imagines his worst nightmare -- swarms of bats flying towards him. A combination of crowd sim and hand-animated bats created photo-real, believable bats clawing their way out of a chest flying around him, settling on him, and finally disappearing."

The next MPC-generated bat sequence occurs when Wayne discovers the bat cave. A LIDAR scan of the cave enabled the crowd simulation software to place thousands of bats around the cave, each roosting in their natural environment. They are awakened by Wayne when he brings light into the dark caves and explode off the walls, diving, dodging and screeching at the intruder before calming as they become used to his presence. In a powerful climatic sequence they form a “whirling tornado” of bats.

The last MPC bat sequence occurs as Batman summons bats to assist him in escape from Arkham Asylum. Upon his call, a swarm of bats swoop into the courtyard, rushing through a big gate, breaking windows, racing down corridors and climbing a steep stairwell to reach Batman. From there, they dive down into the center of a circular stairwell, creating a living vortex enabling Batman to make his getaway by gliding down four stories shielded by the bats around him. To create this effect, a LIDAR scan of the exterior and interior of the building was used to position the bats perfectly into the set environment. Due to the nature of the intricate on-set lighting, each light, whether in or out of frame, had to be reflected in the 3D lighting, with believable colour timings, falloffs and anamorphic lens-flares. Added to this, MPC’s roto-scoping team was called upon to roto dozens of policemen, many tiers of stairwells and a multitude of wrought-iron banisters into the shot.

All in all, a very small team of creative talent spent just under a year to create Batman’s mega-chiropteraen army. 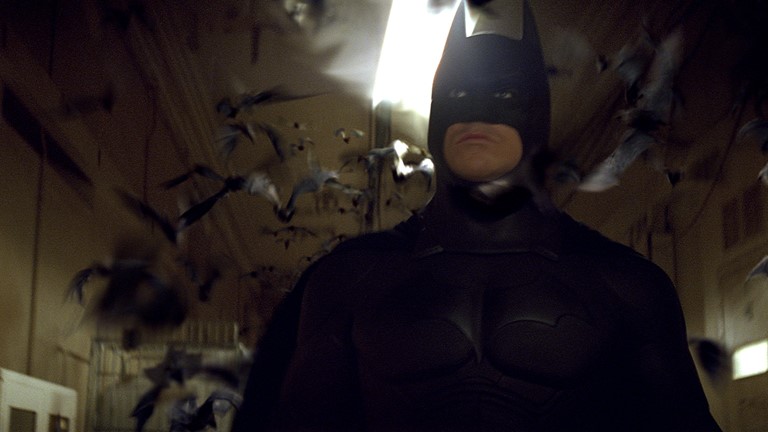 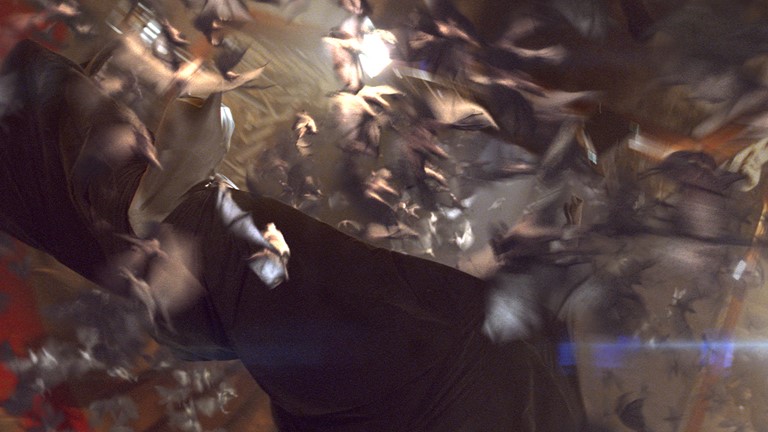 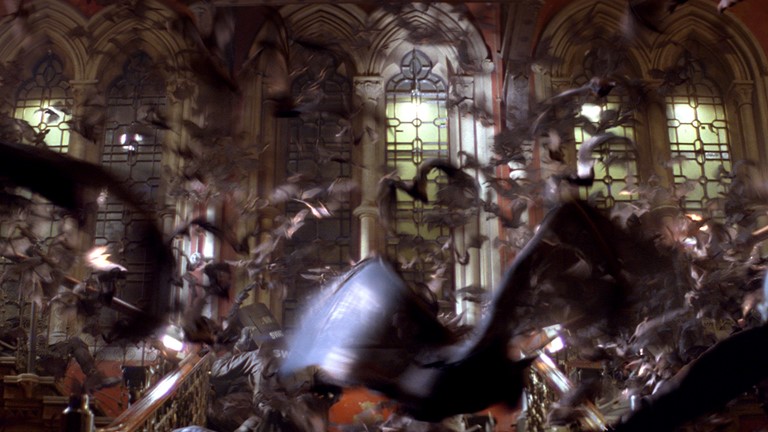 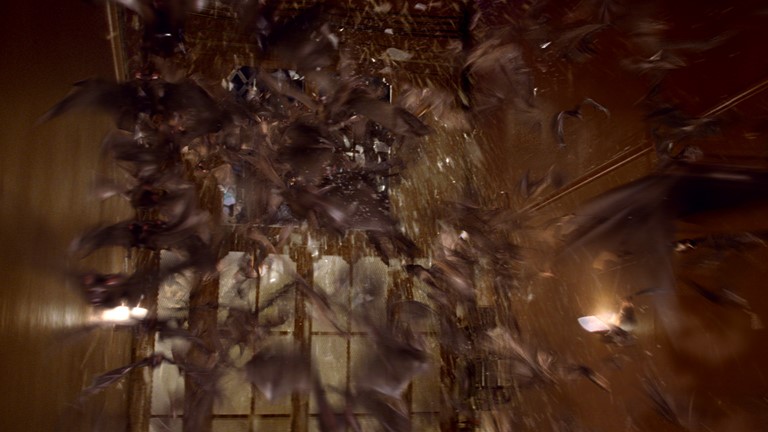