We create Oni demon and digital environments for 47 Ronin

One of the biggest challenges for the team was the ‘Oni’ sequence, which involved the creation and animation of a fully CG character called the Oni, a creature that is based on a folkloric Japanese Yōkai demon.

MPC’s art department worked from original artwork from the production and developed the character as a CG sculpt, focussing on the details of the creature. Meanwhile, MPC’s rigging department focused on a skin-and-animation setup that would allow the animation department to bring this very complex Oni to life. The muscle and skin interaction was the main focus of this RnD process. A massive library of reference material was gathered, and a professional model was hired by MPC and shot in a 4-synced camera setup to be used as animated reference. Once the character was modeled, rigged and animated, MPC’s lighting team took it to the next stage, giving the character his photo-real skin.

The Oni fight sequence was shot with Keanu Reeves as Kai fighting a 7’ 7”-tall stunt man (Neil Fingleton) dressed in a Lycra suit adorned with tracking markers. MPC’s roto/prep department was charged with the time-consuming task of digitally removing Fingleton so the compositing team was able to replace him with the CG Oni.

The sequence takes place in the hull of the boat, which is part of a small flotilla tied together to create a small island of boats. The island is called Dutch Island and was one of the most complex environments MPC worked on for 47 Ronin. A section of the island had been built on a stage in Hungary, and hundreds of photographs were taken as reference. MPC’s team built and extended the ships for the close-ups, as well as for a few wide establishing shots that show the scope of the structure.

The Samurai tournament was another sequence that required a fully digital environment. The idea was to create a fantasy Japan that would ring true, but also would convey a sense that magic could happen there.

Additionally, MPC was tasked with the ambush sequence in which the Ronin are trapped in a massive circle of fire. The sequence was shot on set at Shepperton Studios using a controlled fire, but more was need in order to illustrate real danger. MPC used a combination of live-action fire elements, CG fire and arrows to achieve a very dramatic sequence. The sequence takes place in a wheat field that was digitally extended in most shots. 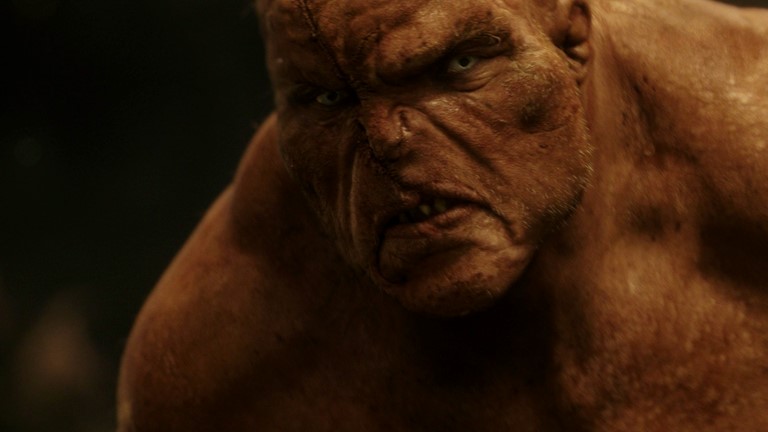