This exceptional cat is one-of-a-kind, riding in his bike basket and singing along to Starship’s iconic 80s anthem ‘We Built This City’. Directed by Traktor and conceived by W+K, the adorable spot continues Three’s brand message of ‘Silly Stuff. It matters’. MPC’s VFX team developed and animated a digital double of Bronte the cat, complete with skeleton, muscle structure, luxurious fur and a very special talent.

Traktor said, "The commercial was a chamber-piece that had some epic challenges in the shape of a pint-sized fan of Starship. We built this Kitty, indeed. Our hope was that it was going to look effortless despite the obvious efforts that must, somehow, have gone into it. "Realism" was not really our main aim (although it does look real) as the moment it sings, that is a moot point.

We wanted emotion, and they provided that in droves. MPC pulled out all the stops, and their army of pale riders in a variety of chambers of commerce. When it comes to soup-to-nuts post-production and visual FX there is a tremendous advantage in MPC having everything in house. From Jean Clement to Billy McNoodles. And by in-house we mean a seamless pipeline that literally spans the globe and included (at least) the LA branch, while still feeling like it all happened in one sugary caffeinated chamber on Wardour Street. Boutiques are for Ladyboys. MPC is for us. We are calling them on line 2 about the next one. Hello? Anyone there?"

A real cat, Bronte, was cast from a litter of rare flat-faced kittens, selected based on his colouring and relaxed personality. MPC’s 3D team elected to cast the cat ahead of developing a digital double of Bronte for the final spot, in order to have the perfect reference for his movement and look.

MPC’s VFX Supervisor Bill McNamara said, “We collaborated closely with Traktor and W+K on developing Bronte’s personality to bring him to life. Working on his movement and attitude, we help his confidence grow from a shy little kitten to a full-blown performer belting out the lyrics. His eyes were key to his charisma and our animators developed the expressions to get some real emotion in his performance.”

The first step for the 3D team was to develop a detailed model of Bronte using 3D software. A rig was then put in place, setting up the bone structure and muscle systems. As the real Bronte has fur with substantial depth, the team studied the hairless Sphynx breed joints, as their shoulder blades and wrists can be easily seen. Luckily Bronte enjoyed a regular bath, as his anatomy was much easier to study when wet.

During the shoot, the VFX team were on hand to capture lighting conditions and measurements to be replicated later in the studio. A 3D model of the entire environment was re-created, to ensure all the conditions of the shoot were replicated before Bronte was composited into the shots.

MPC used proprietary software tool Furtility to develop Bronte’s fur, perfectly capturing the dynamics and depth of the real cat. The animation stage saw MPC working with W+K and Traktor to film an actor singing lyrics, and the mouth movements were then applied to Bronte. A team of animators also used reference of cats yawning and snarling to develop the perfect singing feline. 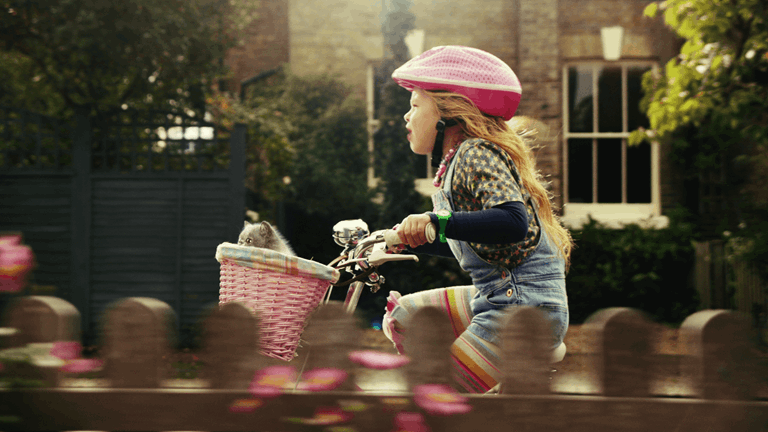 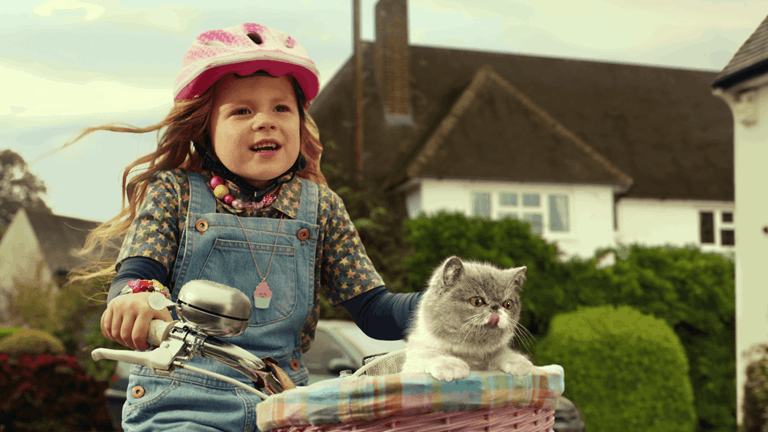 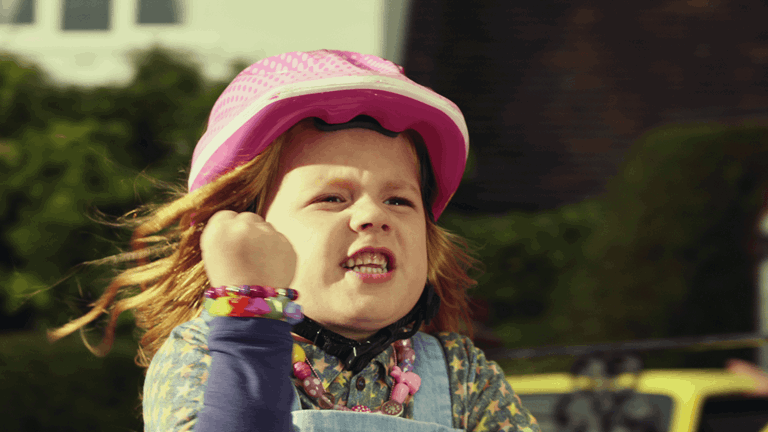 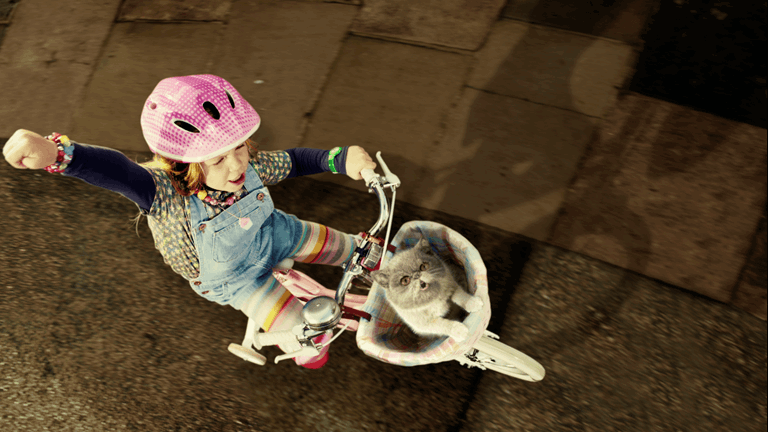 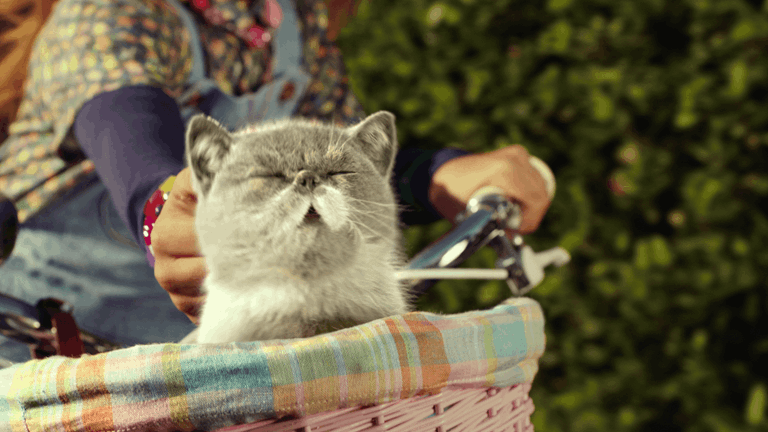 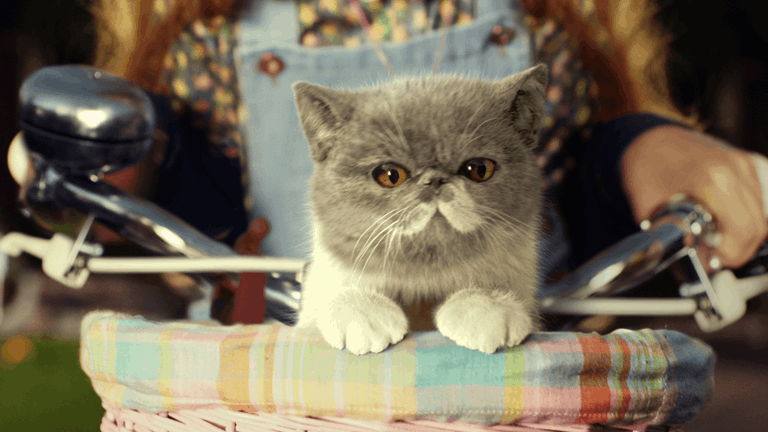 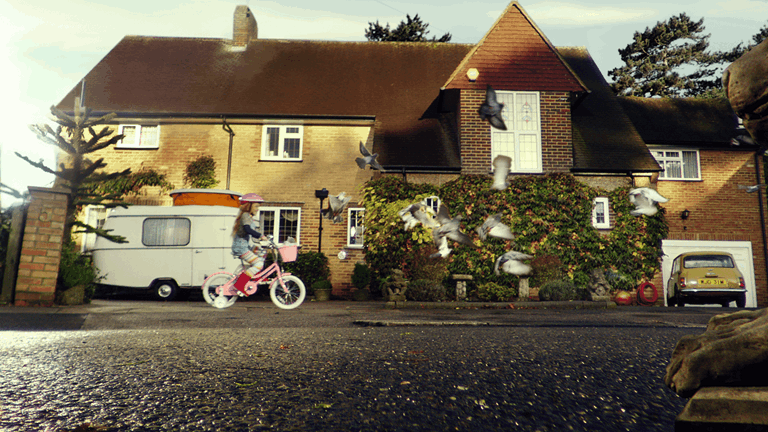