A man boards the subway at 167th St. to begin his commute to work, just like any other day in the city. He brings with him only a light jacket for those odd weeks of weather between winter and spring, as well as a messenger bag filled with papers he more than likely worked on over dinner after work. What he didn’t realize, though, is that as the day progresses, it will require him to carry home much more than he started with.

After spotting a transit ad for a four-legged friend in need, the pooch suddenly appears next to him and follows him to work. Once there, a grizzled veteran in need, seen on his computer screen, appears next to him and begins to accompany the man and the dog as well. As the day goes on, a child on the verge of dropping out of school, a group of homeless men on the street, a sick child who has lost her hair, an endangered polar bear and many others in various forms of crisis join the throng.

Such is the wordless visual narrative of a new spot for State Farm directed by Dante Ariola of MJZ, which aims to coax an emotional response from viewers with empathy. In “Following,” Ariola worked closely with the MPC VFX and color grading team to achieve the impact that would help propel the story.

When asked about the complexities of creating the fully CG polar bear, Fabian Frank of MPC London stated: “The aim was to achieve full photorealism. He should connect with all the other characters as being part of the group. It was a balance of adding character and making him look believable. We achieved that by studying references of polar bears in different scenarios to get a feel of how our CG bear would behave in certain situations.”

An important goal was to recreate and simulate the complex muscle and skin dynamics underneath the bear’s dense fur. With every step, large areas of fat jiggle, muscles contract and relax and skin slides over bones. All these aspects affect the movement of the fur tremendously and had to be replicated in exact detail using Maya, Arnold, Nuke, ZBrush, Mari and Mudbox. Modular rigging, Furtility and the MPC’s own grooming tool Fur Dynamics Solver were also essential to the creation of the animal.

Along with the polar bear, MPC provided digital matte painting for the outdoor scene as the central character played football in the park with friends. In order to finalize the look and feel of the spot, Colourist Jean Clement of MPC London graded the picture for its mid-March launch. As the spot wraps, you’re introduced to State Farm’s newest initiative NeighborhoodofGood.com, where one can find an online tool pairing you with volunteer opportunities based on what you care about. 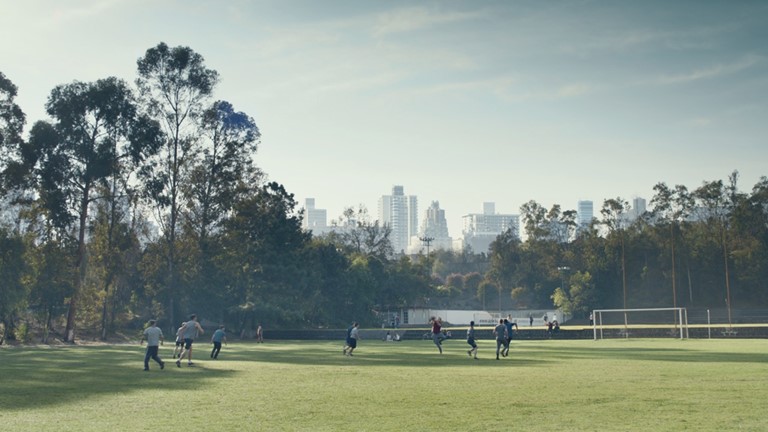 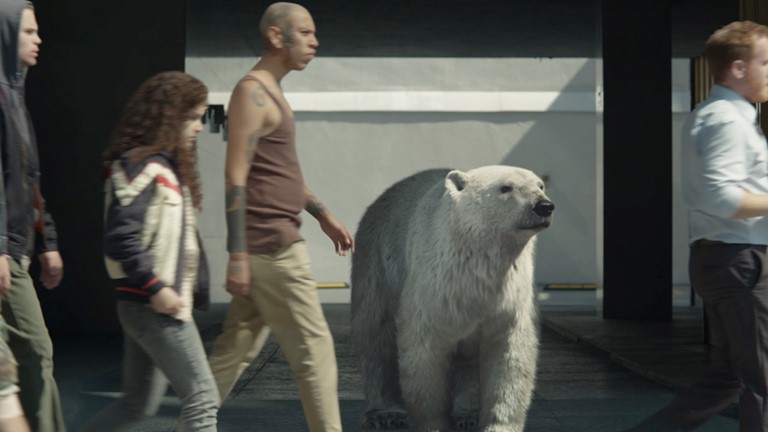 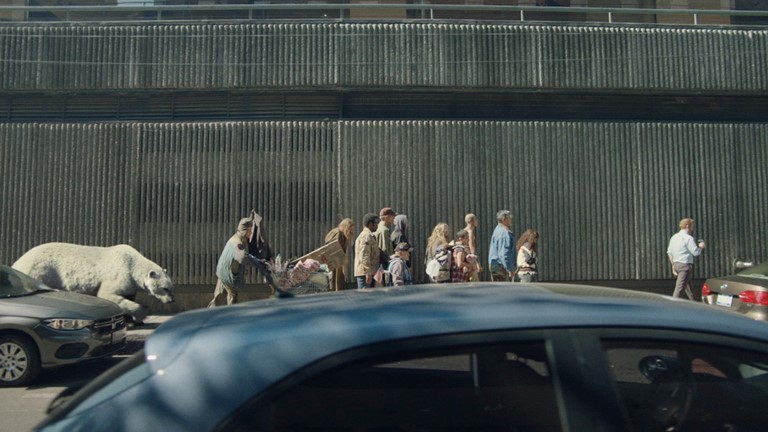 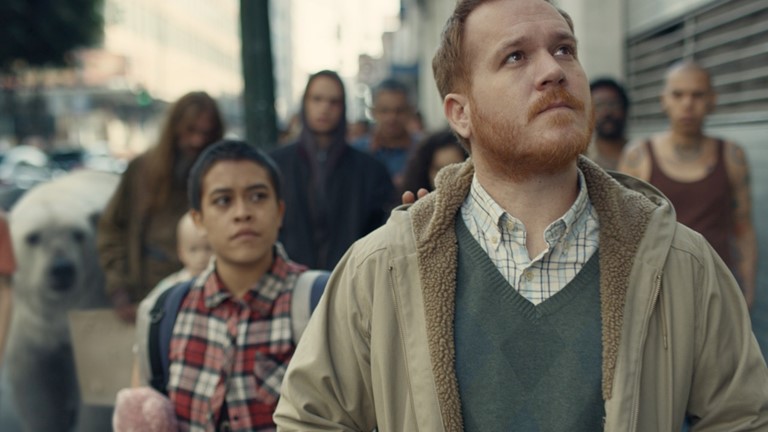 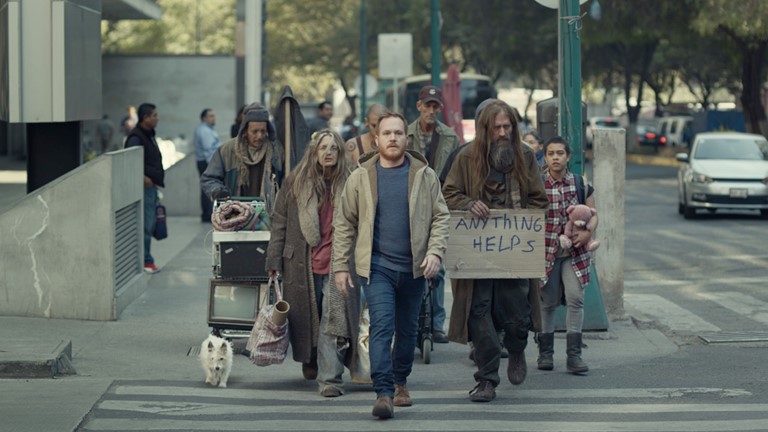