Schwartz, The Sound of Taste

MPC helps Grey get explosive for Schwartz ‘The Sound of Taste’

Partizan’s Chris Cairns directed the spot, which sees several tons of spices explode in time to music composed by DJ/Producer MJ Cole. MPC created a 3D previs of the spot, which was shot in camera and built with pyrotechnic designers Machine Shop at Pinewood studios.

The 30” spot depicts an audiovisual representation of taste, as 140 separate spice explosions illustrate the intense sensory stimulation created by the different flavours. The explosions were all timed to within a millisecond, which was where MPC stepped in with a comprehensive pre-vis. As the film was shot on a combination of cameras, including Phantom Flex, Phantom Miro, Canon 5D MkII and Canon C300, the pre-vis was essential to explore camera lenses, angles and moves.

The delicate music was created to translate the sensation of taste into a musical composition. The spice barrels were rigged to explode in perfect sync to the music, with each explosion representing an individual piano note or chord. When filmed in super slow motion, this creates a surreal 3 dimensional sound scape. 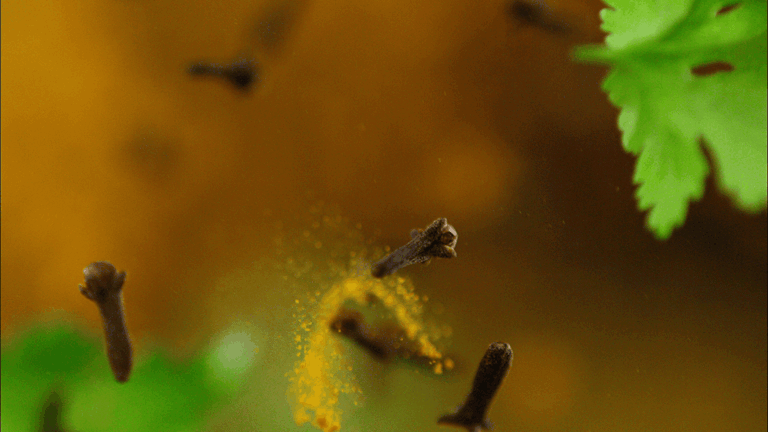 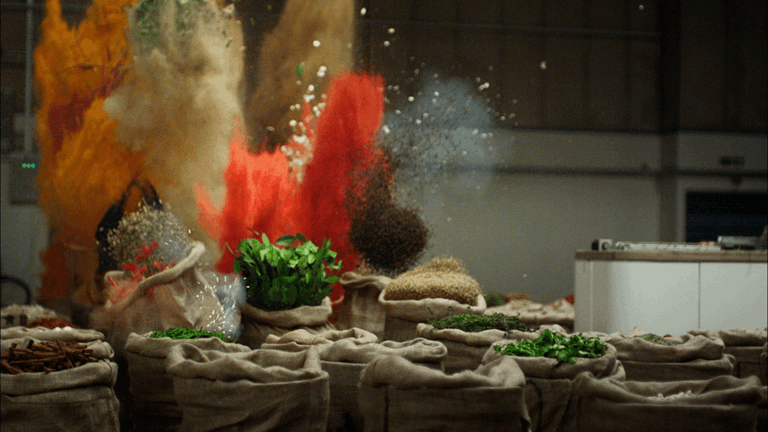 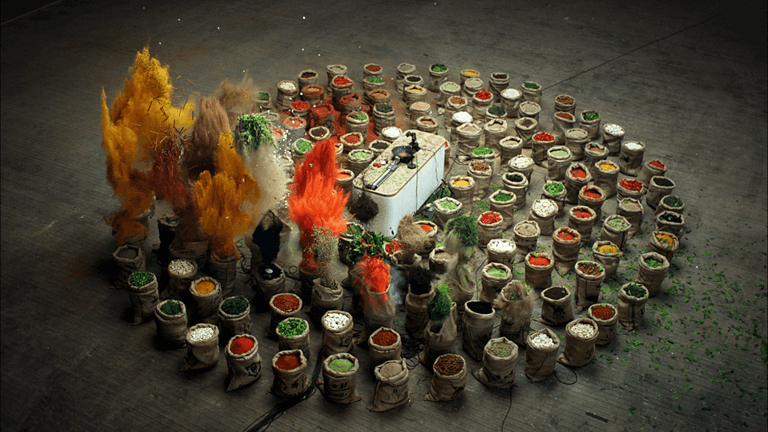 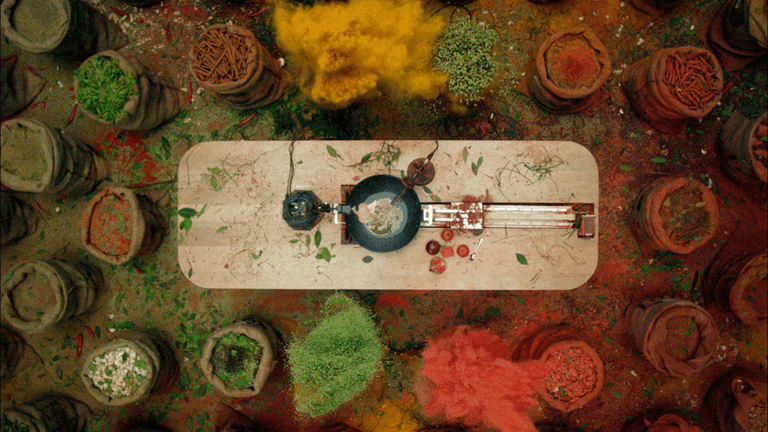 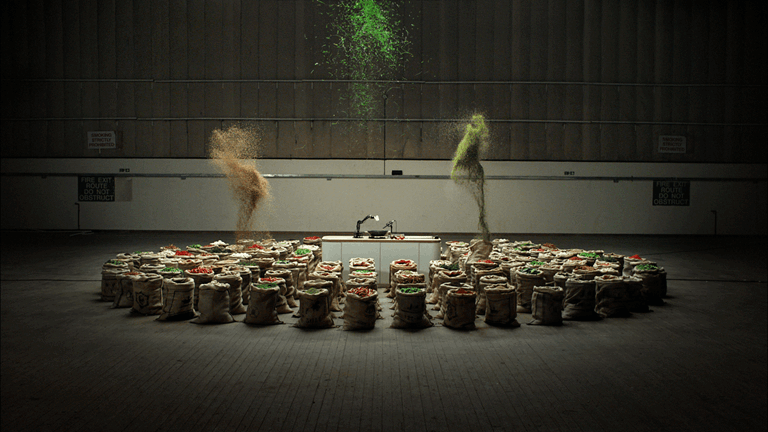