In a series of new TV ads for the energy company SCANA and the Atlanta office of JWT, a friendly family of photorealistic 3D animated bears interacts with their neighbors as they talk about the advantages of having their energy needs taken care of by SCANA Energy. The three spots – “New Neighbors,” “BBQ” and “Harry Holiday” – revolve around the gag that while the chatty, photorealistic critters appear like talking animals to the viewer, to their harried neighbors living next door, they look and sound like real, right-out-of-the-forest wild animals.

We first meet the bears in “New Neighbors,” where Papa Bear talks about how much nicer life has been since they moved out of the woods and into the suburbs. It’s so warm in their cozy suburban home – heated with energy from SCANA – that they don’t have to hibernate anymore. As he strolls out the front door holding a cup of tea, he spies the new neighbors unloading packages and calls out with a wave. Of course, what they see is a snarling bear, which terrifies them.

In “BBQ,” he tells viewers about how they’re saving money while he ambles across the lawn to invite the neighbors over for a bite, only to find them cowering inside their front door. And in “Harry Holiday,” we see the cubs in front of the fireplace with holly strung around it, while dad wishes viewers happy holidays “from the SCANA family to yours.”

MPC Creative provided offline edit, full CG animation, character design and finishing for the campaign. Utilizing similar techniques MPC tapped for their work on “The Jungle Book,” the studio set out to create life-like photorealistic bears that reflected the same jiggle and muscle movement we’d see in footage of an actual bear walking upright. This is particularly evident in a scene from “BBQ” when Papa Bear strolls across the lawn to the new neighbors’ front door to invite them over for a bite.

According to CG Lead Tiago Diaz, the studio worked primarily with Maya and a specially-modified version of Houdini in creating the CG work. 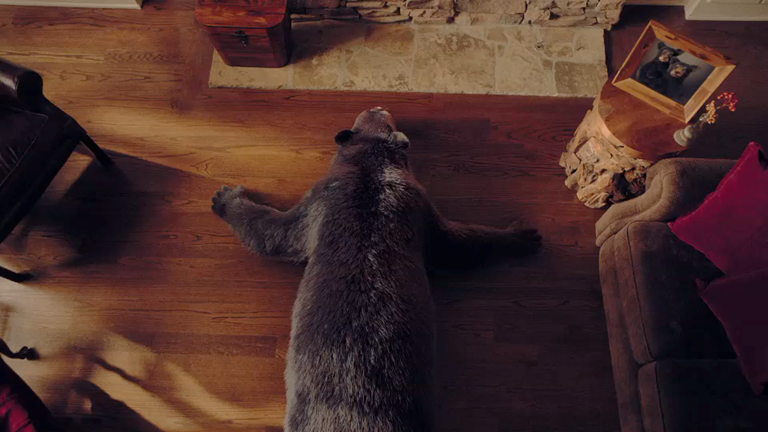 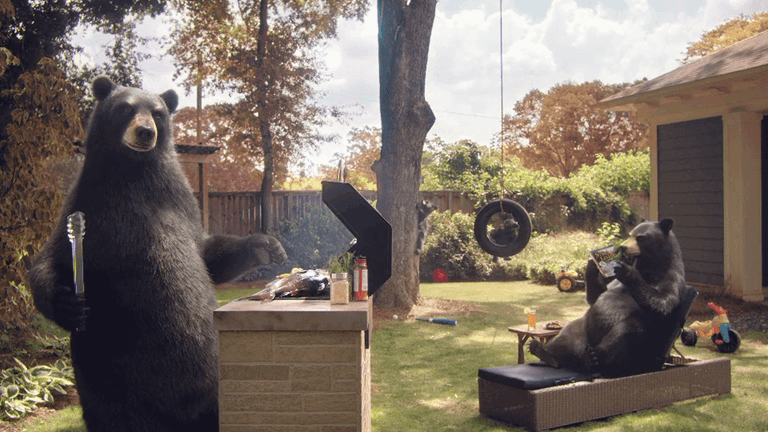