Rolling out across New York City, Toronto, London, Amsterdam, Milan, and Singapore, the large-scale project seeks to entice viewers as visuals evolve and morph to a harmonious balance according to the city’s current conditions such as temperature, time, and weather. Intensive planning went into the city’s unique element theme, from sublime smoke in Singapore to illuminating colored glass in Milan to shifting paint drops in London.

All told, MPC Creative created six master compositions for each of the six cities, then through a custom algorithm generated an astounding 900 films - allowing up to 150 visual representations that are mapped to the city’s conditions.

Captured at ultra-high speed using Phantom cameras, the slow-motion elements perform at frame rates varying from 500 to 3000. Each board has a unique resolution and aspect ratio requiring the composition to be carefully calibrated to work best in its native city. Through the implementation of color visuals, the elements are intended to counterbalance the varying conditions, such as creating emotional warmth when it is cold and a refreshing feeling when it is hot.

The collaboration was a truly global effort that spanned many time zones and partners, all working in sync to pull a project of this scale off flawlessly. “Projects that are rooted in the arts are always exciting for us,” notes David. “It’s fantastic to work on artwork of this ambitious scale and impact, both in global magnitude as well as the sheer size of the screens. We are proud to contribute to the evolution of outdoor media and create content for screens that are becoming more connected and dynamic.” 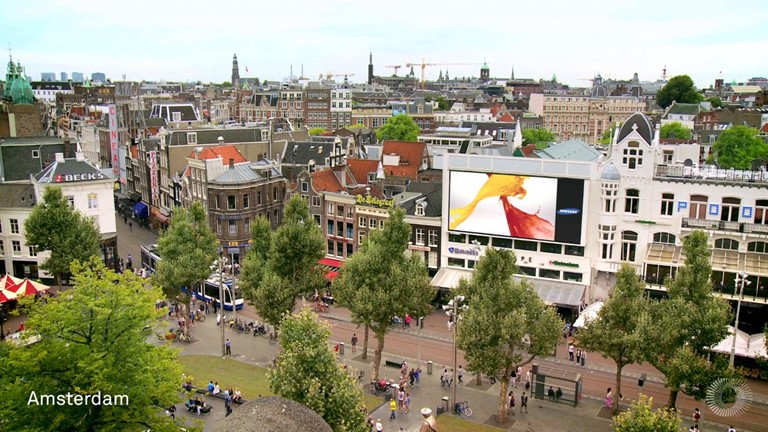 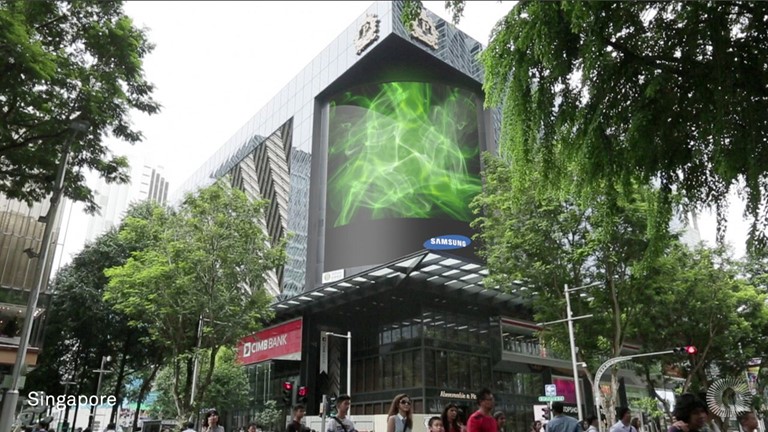