The fact that the half dozen NBA stars could not be wrangled into a room at one time – Klein managed to gather Curry, Harden and Nash together, while he had to shoot Durant, Rose and James separately – made MPC’s expertise in comping separate footage together invaluable. In addition to merging the players, MPC created a matte painting for the background as all of the plates were captured in a gymnasium, then combined all these puzzle pieces into one seamless shot.

To ensure the successful execution of the spot in postproduction, MPC collaborated with Klein and the agency from the outset, coordinating a previs to plot the timing of the various players and hoops. It was essential to choreograph the action up front so that the end result seemed 100 percent real despite the fact that it was a complete illusion.

“The previs was important to work out which players would be throwing which note and at what time they should throw the ball,” notes MPC VFX Supervisor and Lead Artist Jake Montgomery. “The sequence also had to work in a way that was achievable, given that the players would be pulling balls off a ball rack, so that no two notes for one player could be stacked up too close to another. If for any moment this failed, then the point of the spot would fail with it.”

Further complicating the vast orchestration was the fact that the players did not make all of their shots. On the main stage day, MPC captured ball elements into each basket from each player to give them a variety of shots to choose from. “It was important that not all shots were clean swooshes – some needed to rattle around the rim to add to the authenticity of the event,” states Montgomery. “We basically built up an arsenal of elements on set so that in comp we could design the look and feel of the piece further.”

One of the project’s principal challenges was choreographing the timing of Jingle Bells. During the shoot, MPC used audio cues through ear bugs to prompt the players to take each shot, a method that also had the advantage of leaving the player’s movements unrestricted and their actions looking natural. Once the studio laid out each player’s track in Pro Tools, they back-timed these cues to allow for the duration it would take for the ball to reach the hoop. In order to allow for some natural human irregularity, MPC retimed the shots so that the tune did not play out perfectly. 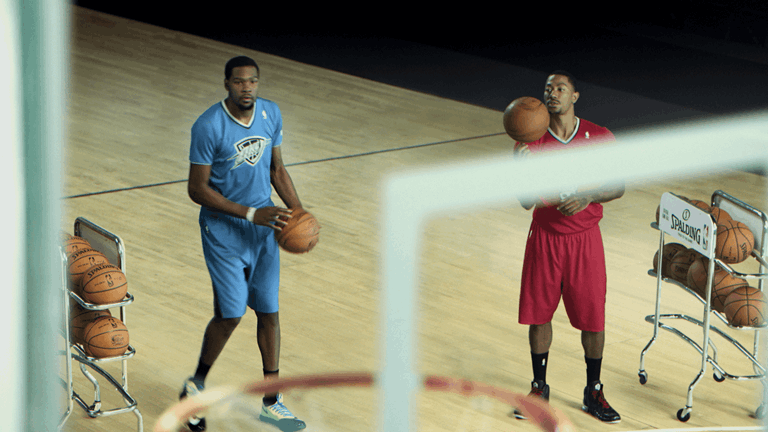 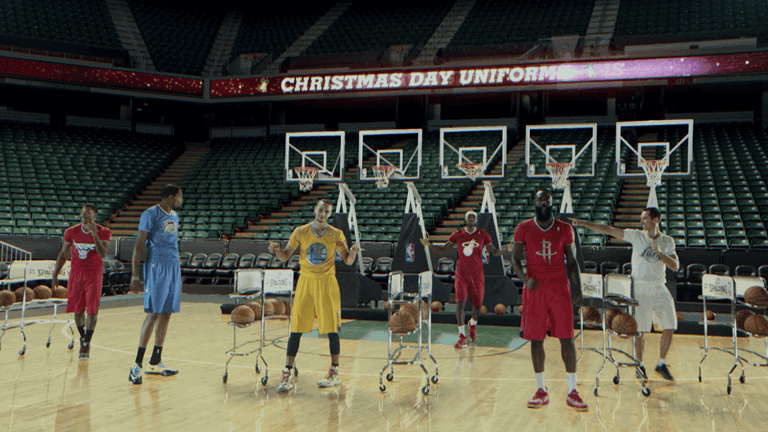 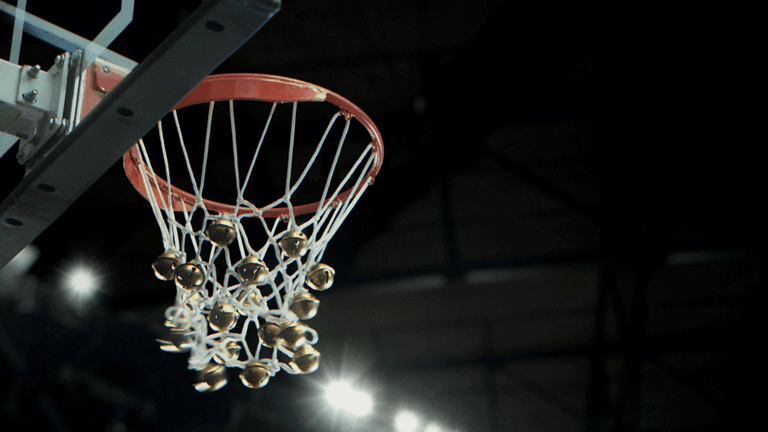 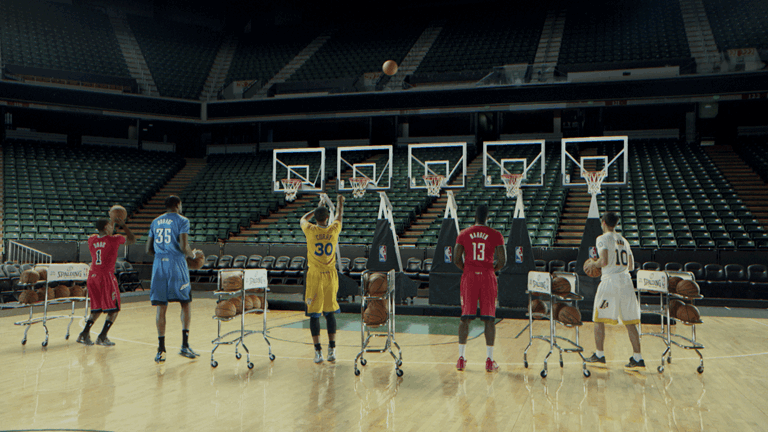