MPC triumphs at the VES Awards 2018 with three Advertising wins

Following a triumphant return from VES Awards 2017 - with three awards for John Lewis ‘Buster the Boxer’ -the results from the first major awards show of 2018 are testament to the incredible talent of our creative, production and technology teams within our studio.

The ‘Ostrich’ team - with creative direction by Michael Gregory in LA, and VFX supervision by CD Diarmid Harrison-Murray in London – delivered an extraordinary level of craft to produce a character unlike any our artists have created before.

The VES Awards recognise and honour the most outstanding VFX of the year across film, animation, TV, commercials and games – and the artists, producers and supervisors who created them. It’s an honour to return from this anticipated Hollywood event with the top accolades.

We would also like to congratulate director Jon Favreau, whose ‘The Jungle Book’, with breathtaking VFX by MPC Film, was the big VES winner last year. At this years prestigious ceremony he received the VES Lifetime Achievement Award from president of Marvel Studios Kevin Feige. 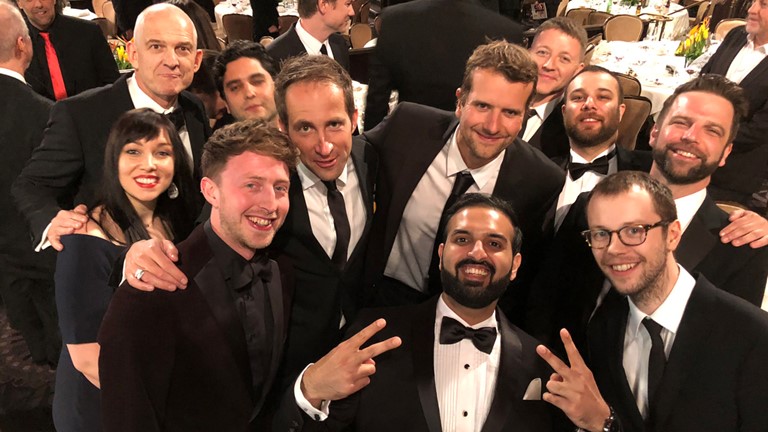