Continuing IKEA’s ‘Wonderful Everyday’ campaign, ‘T-shirts’ is a whimsical spot depicting the unexpected journey of hundreds of T-shirts searching for their home. Directed by Blink’s Dougal Wilson and conceived by Mother, the spot was shot in multiple stunning locations and uses a combination of puppetry and CG to tell the tale. MPC’s CG and 2D teams completed over 35 VFX shots in three weeks, including the creation and animation of the T-shirts and multiple location enhancements.

The unique concept required specialized techniques and bespoke R&D, with the CG team modelling the initial T-shirt from a range of references. Slow motion footage of migratory birds shot from a micro-lite, swans landing in water and the way a flock of starlings move together, were just a handful of the nature references explored to create the model. Dougal and his team also provided puppeteer tests, which helped to enhance the CG animation.

Director Dougal Wilson said, “MPC did yet another outstanding job on this commercial. Diarmid, Tim and their hugely talented 3D team managed to transpose the behaviour of migratory birds onto inanimate T-shirts and bring them to life beautifully. They created startlingly photo-realistic CG cotton fabric, that responded to wind and rain, tailored it into T-shirts, and made the virtual garments move in a way that felt just like a flock of geese or a murmuration of starlings.  Tom Harding and his fantastic 2D department then expertly composited these into location shots that seamlessly combined them with in-camera puppeteered elements.  The team were a pleasure to work with, as always, and were always patient and collaborative, despite the tight schedule.”

CG Supervisor Diarmid Harrison-Murray said, “At first glance the creation of a CG T-shirt might seem simple, but add different animations into the mix – from flying at different speeds to landing, and we knew we’d need to create a very flexible rig. We’re used to concepting characters and creating photo-real creatures, but our challenge here was altogether different- no one knows what a flying T-shirt will look like. Surprisingly, some of the most beneficial footage we referenced for the shirts on the ground were folded napkins in a cafe on the tech recce and for the flying shirts some footage of Dougal on the roof at Blink waving his T-shirt around! The overall challenge was getting the right balance between the natural cloth dynamics and the underlying animation, which conveyed the sense of the effort and physicality involved in bird flight.”

The T-shirt rig needed to take into consideration invisible arms and legs to support the required range of motions. The team opted to give the T-shirt a base body ‘shape’ where the neckline acts as a head and the rest of the shirt falls naturally around it, although on a shot by shot basis the custom maps were painted to vary which areas of the cloth followed the animation.  Puppeteers on-set created two separate rigs to act as reference - one for flying shots and another on the ground.

Once the CG rig was agreed, colours, textures, graphics and materials were thrown into the mix.

The cloth simulation development was based on a cotton T-shirt, with tests determining how the shirts would look when dry or wet, in high winds or snow and also how the cloth would behave at the different camera frame rates. A pipeline was built to enable effortless changing of the cloth characteristics as well as the textures on the numerous T-shirts between the different shots and scenarios.

One of the biggest challenges tackled by the animators was conveying emotion through the movement of the shirts. Lead animator Tim Van Hussen explains, “We took our cues from cartoons and the animal world when characterising the shirts. For example, when someone is downcast, say cold and wet, they might walk slowly, hunched over, so we recognise they aren’t in a good place at that time. Dougal adds just the right amount of humour into the spot, stopping it from becoming too sentimental. The little touches make all the difference. My favourite moment would have to be the shirts popping up in the cabbage fields and getting chased by the dog – you just wish someone would cut the little guys a break!”

Filming took place in Scotland and Sweden before the shirts journey to their home in Hastings. The 2D team faced the challenge of seamlessly bringing together the different locations and merging the live-action puppetry with the CG shirts. The wide plates often contained no reference, which brought the additional challenge of interactions with water and the outside environment.

Watch behind the scenes here 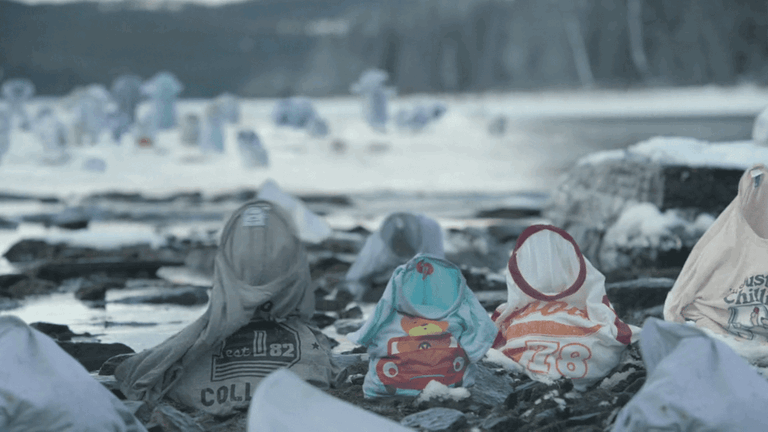 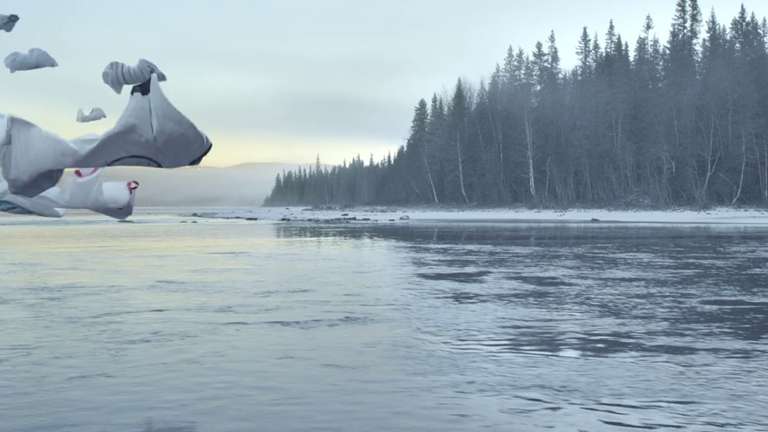 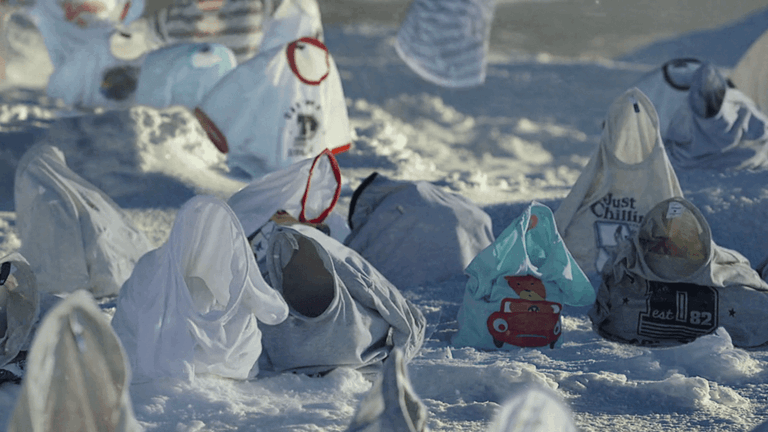 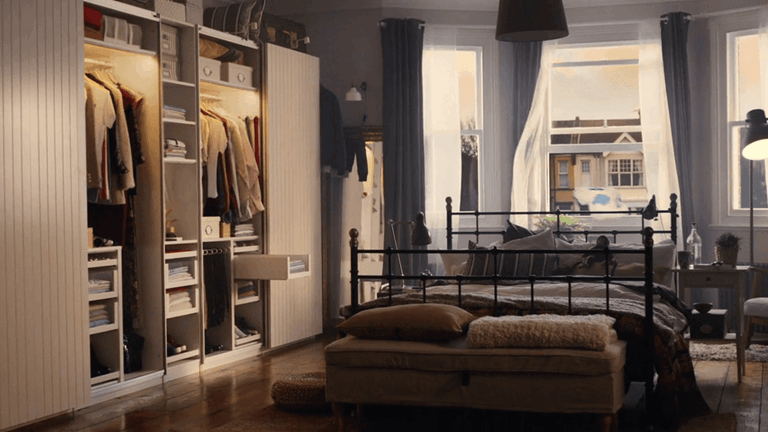 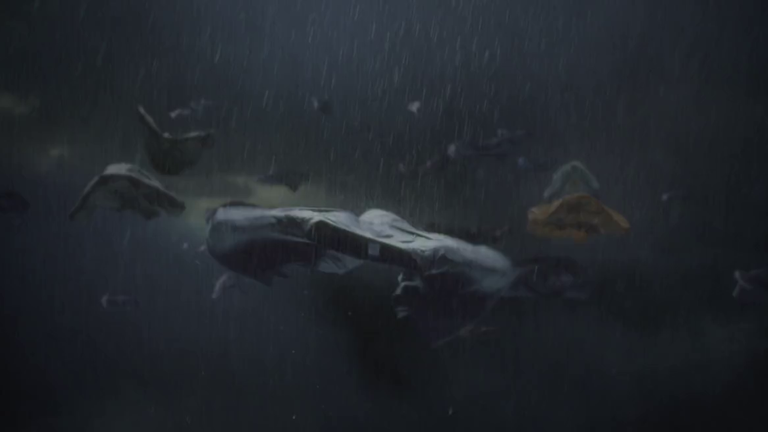 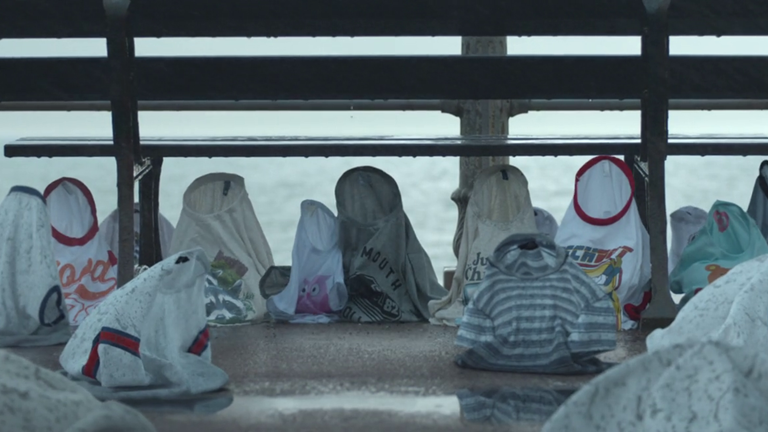 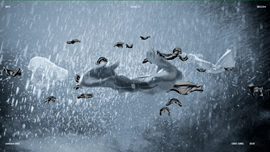