MPC & Partizan break the ice with this poignant film for Greenpeace

Greenpeace have released this poignant and powerful film in an effort to highlight the ever-increasing plight of the Arctic. Beautifully directed by Michael Geoghegan at Partizan, and set to the haunting soundtrack of 'Everything In Its Right Place' from Radiohead, the spot follows a homeless polar bear wandering around a decaying, smog-filled London.

Led by VFX Supervisor James Adamson, MPC's role was to bring to life the puppeteered bear by adding blinks, ear twitches, breath and nostril flares. Additional work included the seamless stiching together of plates and stills into one cohesive film.

MPC's colourist James Tillett added the grade, and deliberately added a bleak and de-saturated look to add to the sombre mood. 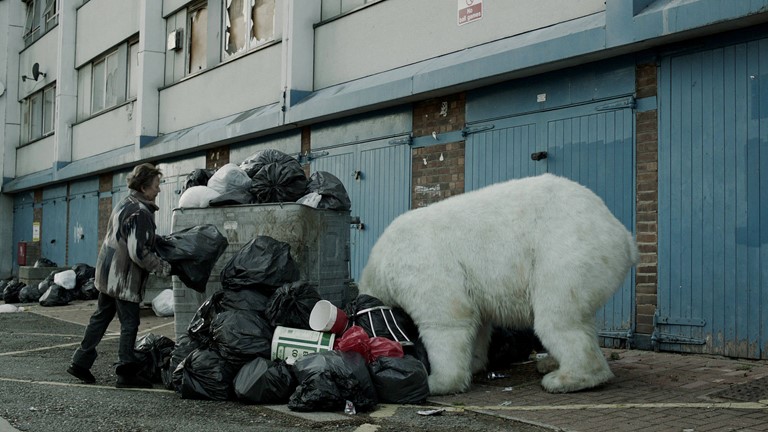