A team of specialist artists in our MPC Life group spent over two months crafting a photo-real stork, the star of the show in FIAT’s touching new spot, which draws influence from that age-old procreation myth. Creating a true-to-life stork, yet still driving the film narrative forward with relatable character traits, was integral to Xavier’s vision.

David Bryan led the animation and the team bringing the stork to life; everything from the flapping of its wings and landing on the ground, to the subtlest twinkle in its eye and hesitancy when crossing the road. As well as real-life references, the team worked very closely with the director, Xavier, to craft the stork.

David says, “Xavier gave us a very clear creative vision from the start. He came into the studio and acted out, shot by shot, how he wanted the stork to behave, from imperfections in its movements - almost clumsy – to the contrasting graceful and delicate moment when the baby is placed on the ground, creating an intimate connection between the baby and the stork.”

Davide Boscacci, Group Creative Director at Leo Burnett Italy says, “We’re delighted with the final result, not only for its sheer technical perfection and creative detail, but also for that touch of magic and warmth that the entire team have been able to add to the film, making it 100% Fiat. It was a great project to work on with the artists at MPC.”

An average sized bird can have up to 8,000 feathers - but something like a stork or a swan can reach much higher numbers. Our artists found that the average stork can reach up to 22,000 feathers, which adds to the complexity somewhat. Our team of VFX artists customised our Houdini feather system to achieve maximum realism. "Xavier wanted to push the real and natural feel of the character”, says VFX Supervisor Marti Madeddu, "so we decided on a combination off effects that would drive the feathers movement and allow us to play with and develop the realism of the character."

Photo-real feathers are one of CG’s biggest challenges. To give the stork’s flight cycle a more natural and ‘irregular’ look, the team developed a technique with Maya's animation layers that allowed them to adjust how much energy they put into the body and wings, by simply adapting the weight of each layer.

Additionally, our team was key to creative decision making on-set, for example the choice to shoot real swaddling as opposed to crafting the cloth in the studio. Adding complexity to the film craft, the artists had no real reference for babies being carried in a bird’s beak; so the team experimented with weights in fabric on the shoot so they could accurately convey the baby being delivered to its new home. 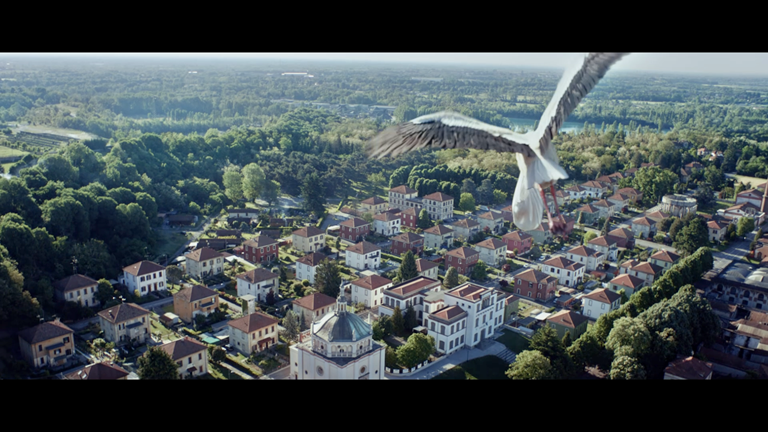 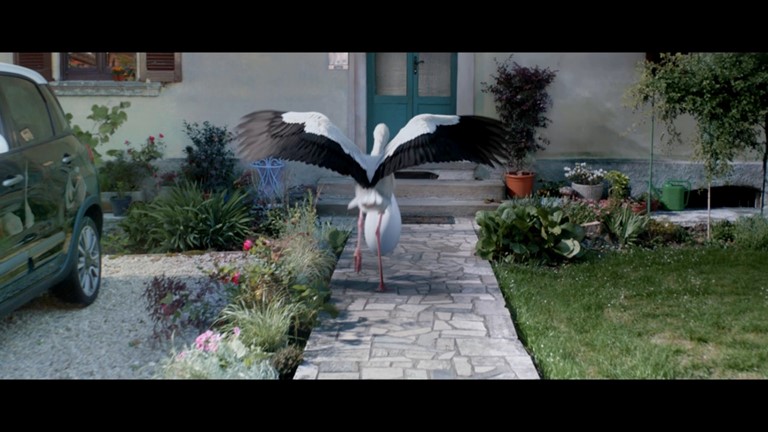 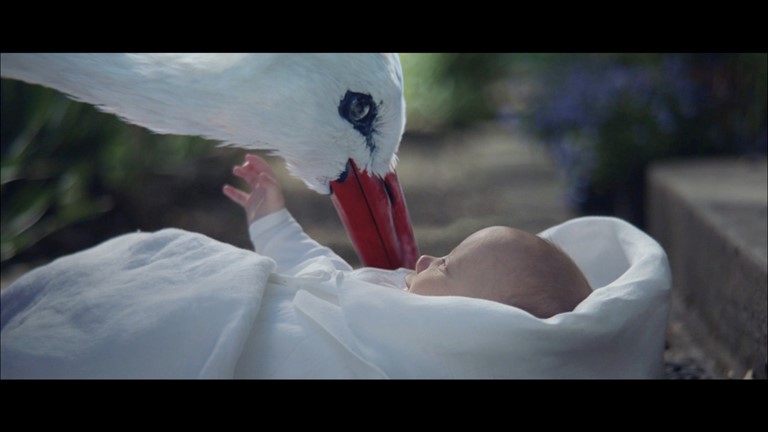