Boots, Ready for Anything

‘Ready for Anything’ is a stunning spot with a bold question at its heart: what is make-up for? Most importantly – does it make you better at what you do? That is for the audience to determine in Juan Cabral’s new film with Mother, for a No7 beauty range.

Part of the beauty brand's campaign spotlighting incredible women, from Chimamanda Ngozi Adichie to a 50-year old Hollywood stuntwoman, ‘Ready for Anything’ stars Olympic fencing champion Monika Aksamit – ironically whose face we never see. The film unfolds against the breathtaking white-and-grey landscape of an Italian marble quarry, with Monica applying her make up in preparation for a match.

Fencing shots filmed at dizzying heights seamlessly cut to vivid close-ups of the make-up – lipstick, foundation, and eyeliner – being applied like war paint. Liquids and powders crafted in VFX blend seamlessly with real, on-set explosions for a dramatic and beautiful film.

Amir Bazazi, VFX Supervisor (3D) says, “Most of the film was shot in-camera; our challenge was to simulate the phyisics of make-up and stay true to how it looks in real life - how it applies, how it moves. We’re talking about creating CG products on a scale that we have limited existing references for; for example in order to get the smear of foundation across the screen looking right, we spread the real product across a clear perspex sheet and took close-up stills. It’s then a case of constantly reviewing your work with the director to perfect the finish.”

Pulling ‘Ready for Anything’ off took a team of global artists from our London and Bangalore studios. 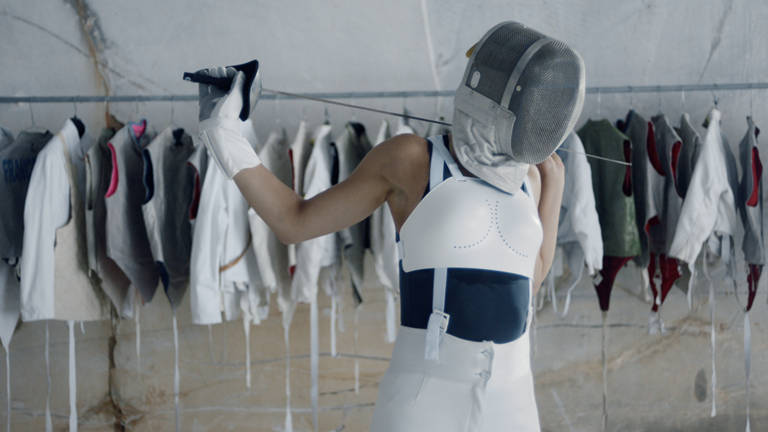 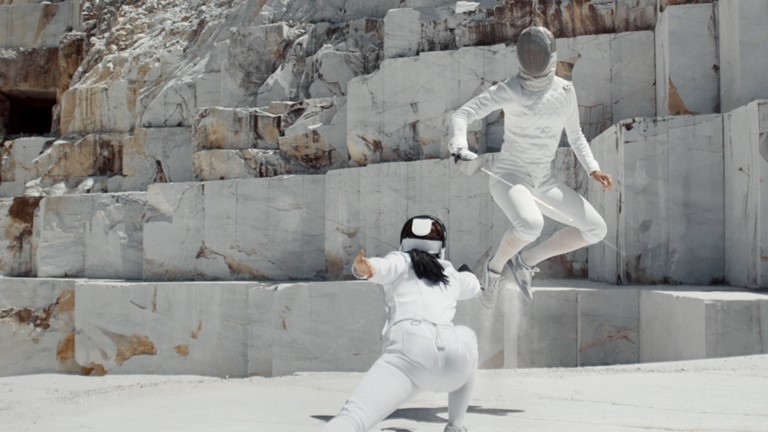 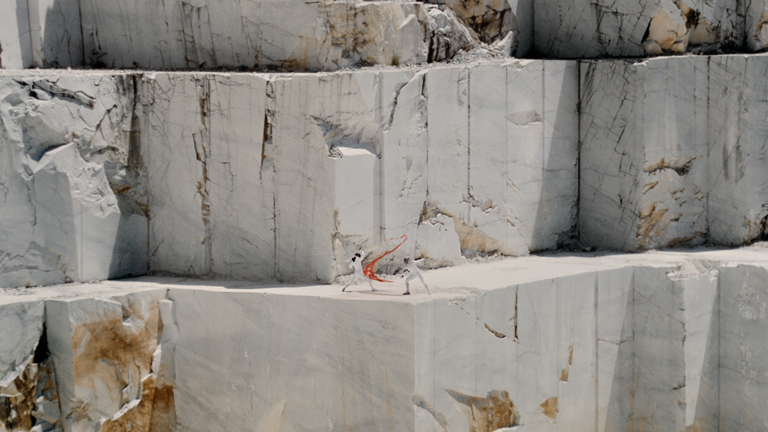 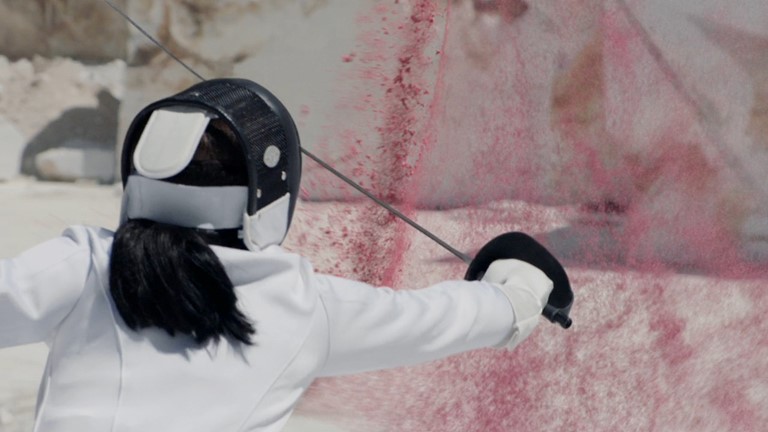 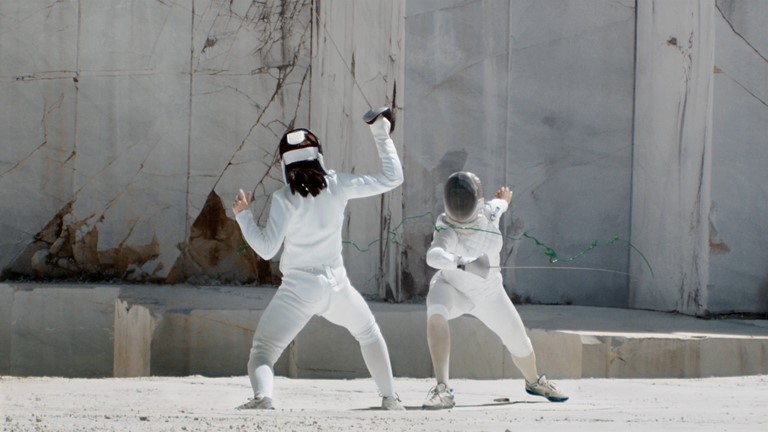 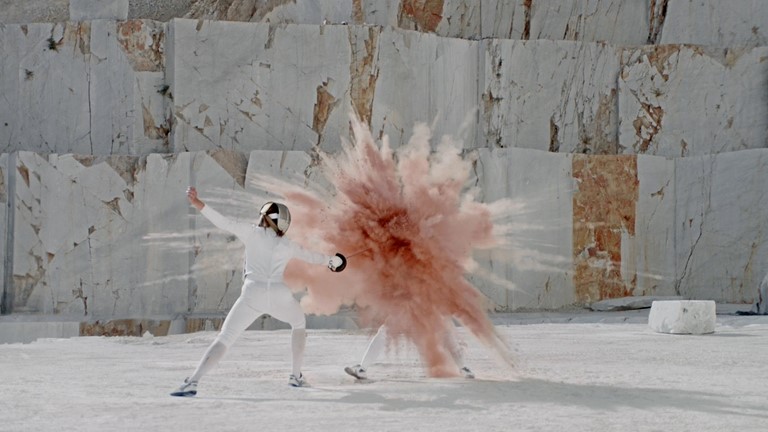